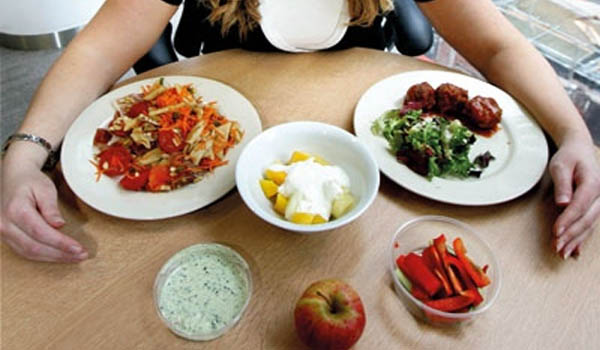 With Thanksgiving Day being here, there is a secret people can use in order not to overeat. This is welcome news too, because when the holiday rolls around, it is often wondered just how many calories a normal American usually consumes.  The average is around 4,500 calories and 230 grams of fat digested.

All these calories and fat are added from the main Thanksgiving holiday meal, possible grazing of food before dinner and appetizers. There is also breakfast to think about or the beloved turkey sandwich which might be ingested for supper.

If a person does not want to pile on a number of unwanted pounds, there are things that can be done, and that does not mean refusing to partake in the common Thanksgiving feast.

The Academy of Nutrition and Dietetics has released a study which has discovered that over the length of a meal, individuals who chewed a mouthful of their food for longer than usual before they swallowed ended up eating less during that meal.

At the beginning of the research study, the volunteers were given five pizza rolls to eat. They were then asked to remember how many times they chewed each piece. For the second portion of the study, nearly 50 participants, who were made up of regular weight, overweight and obese individuals, came to three different weekly lunches.

Through every lunch, the participants were handed 60 pizza rolls and informed to eat as many as it took to make them feel full.  At the first lunch they were asked to chew the pizza rolls the very same amount of times as they did in the original test session. In the second session, all the volunteers were instructed to chew at least 50 percent more and at the last meal they were told to chew their food twice as many times as before.

The researchers took note of the normal-weighted people already were chewing their food more slowly compared to the participants who were considered either overweight or obese. This was taken into account when the entire test was over.

The research study results showed that when the volunteers rose up their chewing by 50 percent they ended up consuming about 10 percent less food. This meant that about 70 fewer calories were taken in. When they doubled their chewing rate, it showed an even bigger result; the participants consumed over 15 percent less food which translated into 112 fewer calories. Ironically, the people considered as being of normal weight were less likely to have had to change their chewing habits, therefore they ended up digesting the same amount of calories as opposed to the heavier people who had fewer.

Why does chewing on a mouthful of food cause individuals to eat less? It is probably because the longer it takes to chew, the longer it will make the entire meal last.  Numerous weight loss studies have shown that it takes around 20 minutes for the brain to identify feelings of fullness. The brain does this by getting signals that come from digestive hormones emitted by the body’s intestinal tract. If a person hurries through a meal, he or she is not allowing their bodies to have the time which is needed to send the suitable messages which indicate signs of being full. This ends up meaning that the person quite simply ends up eating way too much, and on Thanksgiving, any secret on how not to overeat can help out.