Thanksgiving Weather Not So Appetizing This Year [video] 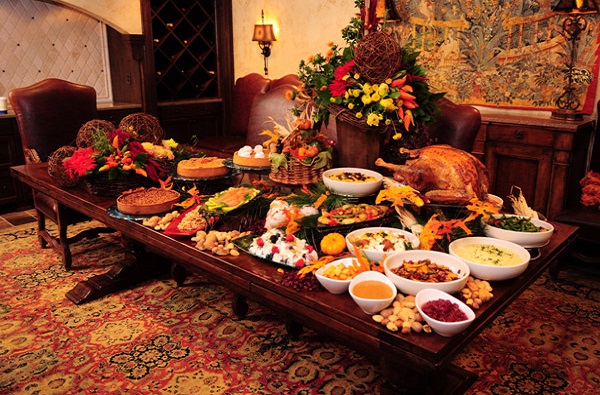 Thanksgiving weather is not so appetizing this year. Tuesday has proven to be messy for a great deal of the East Coast residents and holiday travel hopefuls. A massive storm started on the West Coast that spilled over into the Midwest and East Coast. It’s been downright nasty in some parts of the country.

If holiday travel includes flights make sure to call ahead to make sure that the designated flight is on schedule and prepare for delays. AAA has already warned if anyone is driving for the holiday they should make sure their car is packed well, cell phone present and charged along with extra time allotted for bad weather and delayed traffic.

The East Coast is set for a wintry blast right in time for holiday travel. Strong winds and heavy rains have already been forecasted in time for travel. Airports are anticipating the probable delays due to rain and wind. Many inlands have already braced for a half-foot or more of snow. Areas in Pennsylvania and New York have already picked up small amounts of snow.

If it’s ugly in your town already it will probably get worse; before it gets better. This system isn’t predicted to leave anytime soon; Wednesday has already promised more headaches.

AAA has predicted that nearly 3.14 million holiday travelers will do so by air over the Thanksgiving weekend. Hopefully the weather won’t throw their plans off course too far. Many of the major airlines such as U.S. Air, Delta, United and JetBlue have made provisions to accommodate their customers. They are allowing some of their travelers make changes to their reservations without the hefty fee.

The majority of travel will actually take place on the highways and surface roads. AAA has stated that about 43.4 million people will be on the roads headed to give thanks with their loved ones. They are warning that the combination of heavy winds and slick roads; some with snow and ice, could definitely lead to problems. Drivers should be cautious and take their time.

Here are few tips to consider if your holiday plans include traveling by automobile:

One traveler said it’s been really bad. Carlos Marquez and his family left a day earlier in hopes of avoiding the worst of the storm. The retired Defense Department employee from Ohio said it’s been raining and snowing non-stop since leaving Cleveland. He and his family is travelling from Columbus to central Pennsylvania for the holidays; but had to take a break at an Ohio rest stop.

Dave Hennen, CNN meteorologist, said that this wintry mix should turn to rain some time on Wednesday. He says major airports will still experience at least two to four hour delays. Hennen said snow in western and upstate New York along with western Pennsylvania could make driving treacherous. He said it a huge and impactful storm that is hitting during one of the worst times it could possibly hit.

Thanksgiving travel may not be so appetizing but there is still much to be thankful for; especially when we consider the casualties that the storm has already caused. This storm started on the West Coast and has been cited for multiple deaths and a host of accidents.

Whether you are travelling by automobile, train or plane for Thanksgiving; check your local forecast and plan accordingly.

Thanksgiving weather is not so appetizing this year. Storms are expected to sweep through the East Coast; winds and heavy rains have already been predicted, just in time for travel.

Whatever method you choose have make sure it includes a happy and safe Thanksgiving season.