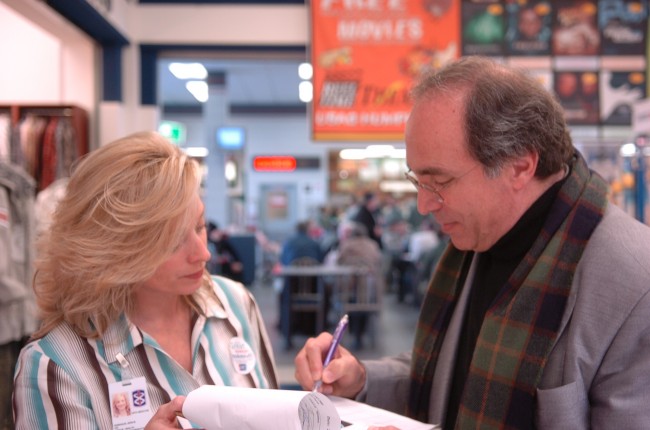 Today is the Great American Smokeout, an event sponsored by the American Cancer Society which hopes to persuade smokers to quit smoking, make a plan to quit, or to just quit for the day as proof that you can do it.

The Great American Smokeout is held every year on the third Thursday of November and can serve as an excellent starting point for people who want to quit but cannot seem to get started. Of course, as all smokers know, it is not as easy as simply picking a day or being motivated by a nationwide movement.

That is why Cancer.org has released a list of tips that could help smokers who plan to take part in The Great American  Smokeout succeed for longer than they thought possible. The website suggests that smokers do not rely on only one method to help them cope with quitting, but rather use a conjunction of different plans to strengthen their resolve. They recommend both telephone hotlines and online or in person clubs geared towards helping smokers quit. They also list counseling, Nicotine products, medicine, guide books and for smokers to seek the encouragement of family and friends.

Almost fifty years after the Surgeon General released its groundbreaking report on how your health was affected by smoking and The Great American Smokeout is still an important day for many Americans. The American Cancer Societsy says that this movement has been in place for over forty years and has made a purposeful impact. Since the Surgeon General’s Report the amount of adult’s who smoke has been cut in half.

Unfortunately, smoking still reigns as the leading cause of preventable occurrences of death, disability or disease.

This year The Great American Smokeout is making its prescience especially felt on social media. Organizers have set up interactive characters that can be accessed through Facebook and Twitter. There will also be applications for smokers on Pintrest.

From 10am to 3pm today, Sharecare will be hosting a live chat on Facebook and Twitter to provide advice and answer questions for those participating in The Great American Smokeout. Twitter followers should use the handle #quitforgood.

The Great American Smokeout comes at a time when cigarette’s are making headlines. Only a few days ago New York City Mayor Michael Blumberg signed into law a new provision that bans the sale of cigarettes and all other tobacco products to anyone who is not 21. The previous bill had the age set at 18, and was written in hopes of leading to a decrease in the amount of smokers from that age pool.

Although some see the bill as an infringement on their freedom of choice the bill has been accepted favorably overall as New Yorkers believe the age should correspond to the alcohol law.

Even for those who will still struggle with quitting, The Great American Smokeout is a great way to get started improving your health. After only twenty minutes of quitting cigarettes your blood pressure and your heart rate can drop. If you can quit for more than one year your chance of contracting heart disease is half of what it was while you were still smoking.

The Center for Disease Control has said that a craving for cigarettes on average lasts three to five minutes. Today you can fill those five minutes by engaging fellow quitters online as a part of The Great American Smokeout.