Sylvia Browne – Predictions and Is It Too Soon? 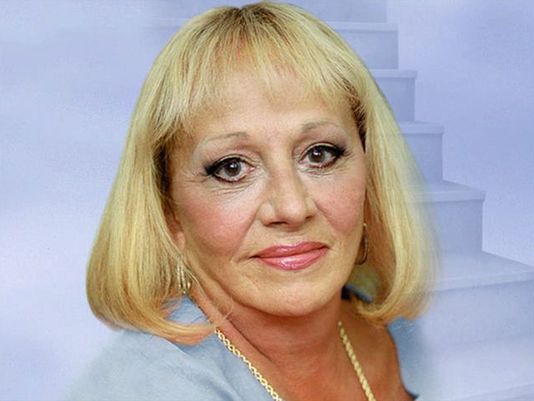 When the news broke Sylvia Browne died, shock waves were felt across the the country. The cause of death has yet been revealed, but many allude to her declining health. Browne died in San Jose, California while hospitalized at Good Samaritan Hospital. As the news spread, many discussed the thousands of predictions Browne had accomplished. Millions of her fans grieved, while millions of others let loose their distaste of the psychic, many taking to Twitter to blast the psychic, upset fans decrying the pain of their favorite author and writer – stating it is too soon to make jokes at the expense of the deceased and pain of loss for her family.

In recent news, Amanda Berry, Gina DeJesus and Michelle Knight were found, after escaping from a home in Cleveland, Ohio owned by Ariel Castro.  The girls had been missing for over a decade and desperation to find them overcame their grieving parents. Amanda Berry’s mother visited the Montel Williams show a year after her daughter went missing, where Browne stated she sensed “water” and in no uncertain terms told the upset mother that her daughter was not alive. Sadly, Louwana Miller, mother of Amanda Berry died in 2006 after being hospitalized with pancreatitis. She did not see her daughter emerge from the Cleveland house, alive and fighting to remain so.

Shawn Hornbeck went missing in the fall of 2002 at 11-years-old. His family was frantic for years, searching for him. The grieving family went to the Montel Williams show to have a sit down with Browne, seeking answers to their son’s disappearance. Hornbeck’s step-father asked questions relating to the disappearance. Browne responded, advising he was within a 20 mile radius and he could be found “near the boulders.” When mom, Pam, asked if their son was alive, Browne responded with a brief, “No.” Four years from his abduction, Hornbeck was found very much alive and reunited with his parents.

Is It Too Soon?

Browne has undergone a score of criticisms when it comes to her abilities and the results stemming from them.  One main critic has been computer programmer, Robert S. Lancaster. He developed a site, simply named Stop Sylvia – to detail and expose the fraud of the psychic.  His information pertaining to the fraud stamp, stems from reported stories of predictions gone wrong. Lancaster stated he had read several books of Browne, watched her methods and seen more major wrongs than rights.

Browne had appeared on Larry King Live many times and in 2001 and 2003, was challenged by paranormal skeptic, James Randi. Randi challenged Browne to a scientific test within a closed environment. He offered Browne $1 million to accept. Browne originally stated she would undergo testing, later she withdrew and stopped responding to Randi. In 2007, Browne’s manager stated Browne refused to take the test and felt her client had nothing to prove.

While Browne’s income was never revealed openly, rumors suggest she grossed over $1.5 million annually from books, appearances and readings. For years, the psychic battled harsh critics and reveled in her dedicated fan-base. Sylvia Browne died Wednesday at the age of 77-years-old as many critics are targeting why she didn’t know. Other outlets advise Browne suggested her own death would be closer to 88-years-old. What are your thoughts surrounding Sylvia Browne? Is pointing out these wrong predictions and questioning her own theories too soon or a needed exposure for a controversial field?

8 Responses to "Sylvia Browne – Predictions and Is It Too Soon?"