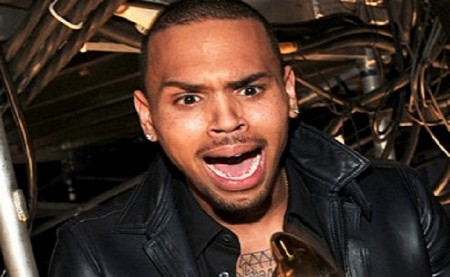 Chris Brown flunks anger management, returns to rehab, and now has to clean-sweep the streets. He is not too happy about it! However, at age 24, one would think that Brown would know better that the more he acts-out the more trouble he would find for himself. Yet, it appears that unresolved anger has a super-stronghold on Brown when he can’t seem to manage it.

In October, Brown was involved in an altercation with a man from Maryland whose nose Brown broke when he punched the man. The incident took place in Washington, DC, which took Brown across State lines from Los Angeles, where he was on probation for beating up his ex-girlfriend, Rihanna, in 2009.

The incident landed Brown in a Washington, DC jail for 36 hours, and officials took Brown before the judge in shackles. The judge ultimately released Brown and gave him 48 hours to report to his probation officer. To avoid going to jail, Brown agreed to enter rehab. Brown’s representative had given a statement where he said that Brown’s aim is to gain focus and insight into his behavior.

Apparently, the singer lost focus and lacked foresight into his present behavior. This time, Brown flunks freedom and returns to rehab, as ordered by a Los Angeles County Superior Court judge, today. Two weeks into rehab and the facility in Malibu threw Brown out for violent behavior, which breached the anti-violence contract Brown had signed upon entering rehab.

According to a report by probation, on November 10, Brown’s mother sat in a counseling session with Brown and suggested that she felt her son needed to remain in rehab a little while longer. Brown’s reaction to this was to go outside, and throw a rock at his mother’s car and shatter a window.  What was he thinking?

Surely, Brown knows that his rap-sheet is growing and stretching, with documentation of his former and recent misbehavior expanding on an average of incidents taking place nearly once every quarter, for a few years now. He claims to love his career but doesn’t refrain from tarnishing it.  With all of this flunking rehab and not taking his anger issues seriously enough, Brown is the only one pulling himself further and further away from his music.  After a while, especially if he is not more careful, all that his fans will remember of him is that Chris Brown flunks anger management and returns to rehab.

Obviously, Brown was not thinking of his career or of his issues with anger, when he took a rock in his hand and threw it at his mother’s car with intent to cause damage.  He was that angry that Mom spoke it as she saw it, and for it, Brown had court today. Judge James Brandlin order Brown to 90-days in another facility and packed on more rules for Brown to follow. He is to commit to 24 hours of community service per week, which would include cleaning streets and removal of graffiti. Plus, he is to submit to drug testing, continue to work on his anger management issues, and is to follow doctor’s orders and take any prescribed medicines.

Reports say that Chris Brown experienced depression after given those orders.  This reaction appears as a sign that he still isn’t acknowledging his problem with anger.

As Chris Brown flunks anger management, returns to rehab, and goes forced to humble himself and clean-up streets and graffiti, and hopefully truly works on his issues. He should also acknowledge that Mother indeed knows best and that he brought all of this onto himself.