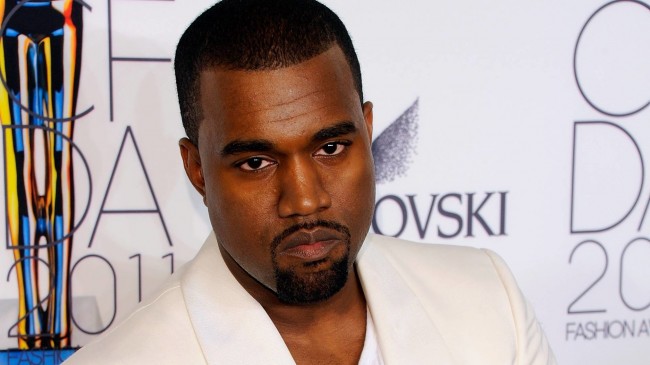 Kanye West is not a man who lets his guard down and shows signs of vulnerability. But on illusionist David Blaine’s new special, David Blaine: Real or Magic, viewers saw a side of West they may have never seen before. Uncomfortable, shocked and even a little sick to his stomach.

The special, documents David Blaine meeting different celebrities in their homes where he performs the same magic trick to them to gauge their reaction. Basically, what you are allowed to see is a three minute montage of your favorite celebrities squirming in their seats at the sight of some truly mind bending illusions.

The special began in front of Will and Jada Pinkett Smith, where Blaine explained the essential outline of the illusion. Blaine told the Smith’s, and the viewers at home, that the ice pick sitting on the counter had been there so long no one would wonder whether it was a real ice pick or not. He then quipped that he uses’ his left hand for everything. Will Smith then jokingly attempted to stab his wife, assumingly in order to make sure the ice pick was, in fact, real. Blaine then appears to impale himself through his left hand with the ice pick and that is when the fun began.

Blaine explains to the Smith family, deadly serious, that “this is complete mind over body.” The video then shows him with the ice pick and his left hand in front of Kanye West who, to his credit, is one of the only celebrities to be able to stay seated, but by the look on his face he is more paralyzed in his chair than comfortable.

Things turn truly eerie, and creatively fascinating, when Blaine begins to tell Kanye West about entertaining people. “You see, this is ultimately what they want to see Kanye. See that. Look, ultimately in magic that’s what people care about. It’s that. See. It’s really what they want to see.” He did not have to elaborate, judging by the look on Kanye’s face, he saw.

During the trick Blaine asks Breaking Bad’s Bryan Cranston and Aaron Paul if it “really looks like it is going through the hand.” The two can barely spurt out an uncomfortable yes, before Blaine tells them one of the more impressive parts of the trick, “but there’s no blood.”

The award for most visibly freaked out, probably goes to Aaron Paul, who is groaning through most of the segment. When Blaine points out that there is no blood, Paul hilariously mumbles, as confused as a person can sound, “Why?”

Will Smith seems to handle the illusion the best, even offering a little joke while staring the impaled hand in the face. “I don’t think we clap,” he tells those in his house. “Because then he’ll clap by accident.”

Blaine eventually pushes the ice pick all the way through his palm and asks Kanye and Woody Harrelson, who surprisingly has appeared alongside Kanye, to pull it out. Harrelson holds Blaine’s forearm as West pulls the pick straight out. “Done. No blood, nothing, as I promised,” Blaine explains to West, who can only watch, amazed, seemingly frozen to the spot.

Kanye West Freaks out While Watching a Magic Trick From David Blaine added by Nick Manai on November 21, 2013
View all posts by Nick Manai →