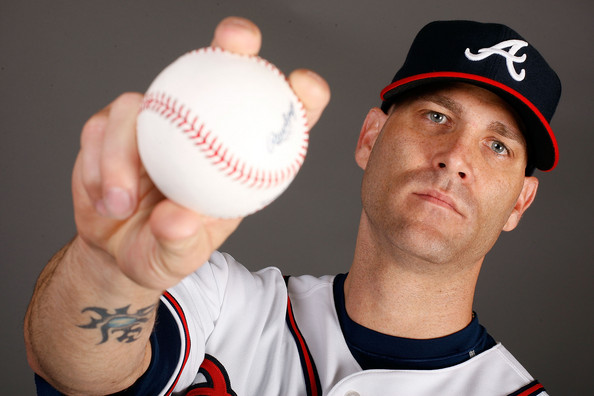 It was announced today that Atlanta Braves pitcher Tim Hudson would be a giant now.

With the new deal, Tim Hudson bolsters a San Francisco Giants pitching lineup that was once great but had a bad season in 2013. Hudson would be the fourth-starting pitcher in the rotation, behind Madison Bumgarner, Matt Cain and Tim Lincecum.

The 38-year-old veteran comes back to the bay area, having started his career with the Oakland Athletics. The deal is for two years and it’s worth $23 million. Hudson made the MLB All-Star team twice and was nominated for the Cy Young award three times. He was 8-7 last season in Atlanta before being out for the season with a horrible broken right leg July 24.

Here is the horrific video of Hudson breaking his leg covering first base against the Mets last season:

Now that he has healed from his injury, Tim Hudson is a sorely needed pitcher for the Giants. The Giants, coming off a World Series Championship win in 2012, saw this season go up in smoke. They finished with a record 76-86, and were beleaguered with injuries to pitcher Ryan Vogelsong and center fielder Angel Pagan in May, with outfielder Andres Torres suffering a season-ending torn Achilles in August. All are expected to be back healthy for training camp in 2014.

As for their pitching, the starting lineup was not that great this past season. In addition to Vogelsong being out, Lincecum was 10-14 with a 4.37 ERA, Cain was 8-10 and had an ERA of 4.00, and Barry Zito, once touted as an outstanding pitcher during his time with Oakland, was a horrible 5-11 with a staggering 5.74 ERA. Bumgarner was their only bright spot, going 13-9 last season with a 2.77 ERA.

On November 2, the Giants declined an option for Zito, which paved the way for them to pursue Hudson. He was also targeted by the Boston Red Sox, Colorado Rockies, and Baltimore Orioles, with the Braves trying their best to keep him.

Tim Hudson started his career with the Athletics in 1999, and racked up Cy Young nominations in 2000 and 2002. His best career year in A’s was 2000, when he went an amazing 20-6. Hudson was second in voting to then-Red Sox pitcher Pedro Martinez. He then was traded to the Atlanta Braves in 2005, and was nominated in 2010 for his third Cy Young Award. In his career, Hudson has not won 10 or more games twice: last season and in 2009, when he was out in the beginning of the season after completing Tommy John surgery. Hudson is one of three active pitchers with at least 200 wins, including C.C. Sabathia and Roy Halladay. So when he is healthy, Hudson is an asset to any team he is pitching for.

Now that Hudson is a San Francisco Giant, and their starters are coming back healthy, the team can look forward to starting their 2014 season on a high note. They could even become the team to beat. The Giants pitching has now bolstered to being great once again.