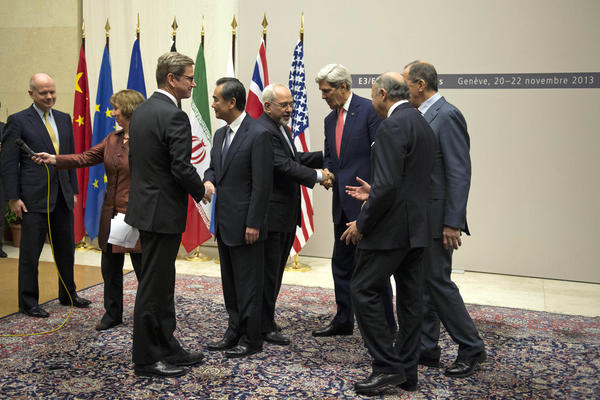 The U.S. and Iran have come to agreements with the nuclear deal. The White House had asked for no one to report on the ‘secret talks’ because they fear the plan will be derailed. There have been nearly 5 secret meetings since March discussing this nuclear deal.

In March the first high-level meeting was held at a location in Omani capital, Muscat. This is where the nuclear deal’s foundation was built. According to U.S. officials, the main goal for the U.S. was to see if Iran and them could arrange a process for continuing bilateral talks.

The election of Iran’s new president in June gave the U.S. a new impetus to the U.S. effort. Immediately after the new president, Hassan Rouhani, took office there were two secret meetings held. The intent of these meetings were to advance the nuclear talks.

September 30 President Obama told the Israeli Prime Minister of the existence of the talks. This was just three days after having a historic phone call with Rouhani. There were a couple more secret meetings held in October of this year. The last meeting was joined by U.S. nuclear negotiator Wendy Sherman. The two sides agreed on the outline of the pact during the final meeting this previous weekend.

Some of Iran’s overseas assets will be unfrozen which will ease trade sanctions. In return, the Tehran regime will allow inspections of their nuclear facilities which will stop some steps leading to a nuclear weapon. Bob Corker states that the U.S. gave permission for the Iranian government to enrich themselves with uranium. The uranium will be used for commercial purposes at a later time. Corker goes on to say the public will see a bipartisan effort making sure this is not the final agreement. Instead of pressing Congress to enact more sanctions against Iran, Corker introduced a new bill that will require Iran to follow any interim deal. Iran will have to meet varies conditions for the final nuclear agreement before Obama will waive additional sanctions.

For those unaware of what the Nuclear Deal is, it consists of 5 basic components. The first component is that Iran agrees to not produce medium enriched uranium. This represents 90 percent of the effort to make weapons grade material. The second component is Iran agrees to stop producing new fuel production machines. These machines are called centrifuges and can produce fuel for a nuclear weapon.

The third component has Iran agreeing to not install fuel at the heavy water reactor in Arak. This heavy water reactor could produce enough plutonium to create two nuclear weapons per year. Iran has also agreed to neutralize the medium enriched nuclear fuel. Iran will not be able to expand its stockpile of low enriched uranium. This low enriched uranium would be enough to make four nuclear weapons.

The fourth component of the nuclear deal will provide daily visits to Iran’s uranium enrichment sites by international inspectors. These sites are located in Natanz and Fodow. The final fifth component promises that if Iran obeys their commitments, the Western powers will not require new nuclear-related sanctions for at least six months. Iran will also be given $7 billion in relief on oil, gold, educational cash reserves and auto exports. The U.S. holds high expectations for this Nuclear Deal with Iran hoping it will set a good foundation for a better future.