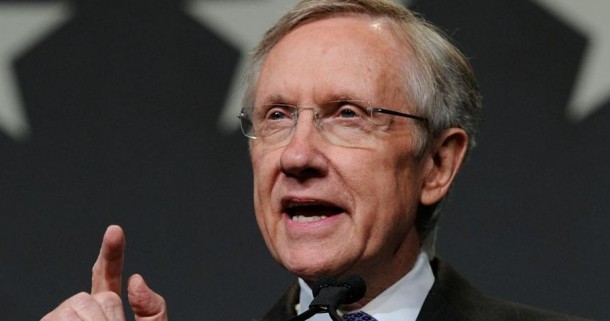 United States Senate Democrats admitted defeat today when they voted to change some Senate rules which have been in place for 225 years. Harry Reid has pretty much conceded that the democrats will lose the majority in the Senate in 2014 by changing the senate rules on filibusters. The vote eliminates filibusters on executive appointments, other than those for the Supreme Court. This will now allow presidential appointees to be confirmed by a simple majority vote. Most immediately affected will by several appointments to the U.S. Court of Appeals for the District of Columbia Circuit. This court is important because it is where all cases involving the federal bureaucracy, its departments and executive orders go to be heard.

Why is this a problem? Because this will allow President Barack Obama to forward his progressive, anti-constitution agenda, and since once a judge is appointed they are there for life, it will further affirm this agenda for years to come. It also tells us since the democrats had to resort to this, something Senate Majority Leader Harry Reid said he would never do – but then this would not be the first time a democrat’s position has evolved. They are pretty much conceding that they have lost the 2014 elections and the majority in the United States Senate. From now until then the President will have to be pushing all kinds of appointments through the Senate because after 2014 he will get nothing.

It looks like this is a last ditch effort by the Democrats to be able to push through the failed Obama agenda. They have seen the numbers and know their majority in the United States Senate is at risk over the absolute failure of Obamacare. Polls show people don’t like or want Obamacare, they are angry because the President has lied to them about it and they are angry that the democrats passed it. There will be a lot of changes in both the Senate and House next year. 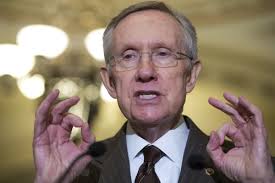 What the democrats forget however is that with these rule changes when, and they will, the republicans gain a majority on the Senate they will be able to do the same thing. When there is a republican President, and after the Obamacare disaster that could happen in 2016, and he or she has a majority in the Senate just think of the fun they can have.

Let’s look at some of the appointments they could make, some which Harry Reid certainly hasn’t thought about:

Texas Governor Rick Perry – Health and Human Services Secretary. With his pro-life stance and the new anti-abortion law he passed in Texas, Perry could really make a difference in changing the abortion laws throughout the country there could even be a sub-department controlling Planned Parenthood’s funding, after all that is considered health isn’t it?

Wisconsin Governor Scott Walker – Labor Secretary. Walker would make a great labor secretary with his well known love of those public service unions. He would bring new meaning to sharing the wealth, taking the union members wealth and giving it to the non-union workers who actually earn it.

Sarah Palin – Environmental Secretary. There is just something about Palin being in charge of our natural resources and the EPA which would be so heartwarming to everyone, well except the tree-huggers and anti-oil folks.

Senator Rand Paul – Welfare Czar. Paul, a libertarian would be an excellent choice as the Welfare Czar making sure only those who really need it, get it. Why he might even make people try to find a job so they can get off the public dole. We know how much democrats like Czars so this certainly wouldn’t be a problem.

Yes this could open up a whole bunch of possibilities in the future for Republicans. So thank you Harry for letting the United States Senate democrats admit Defeat