By Lisa Pickering on November 13, 2013Comments Off on Whitey Bulger Personified as Satan 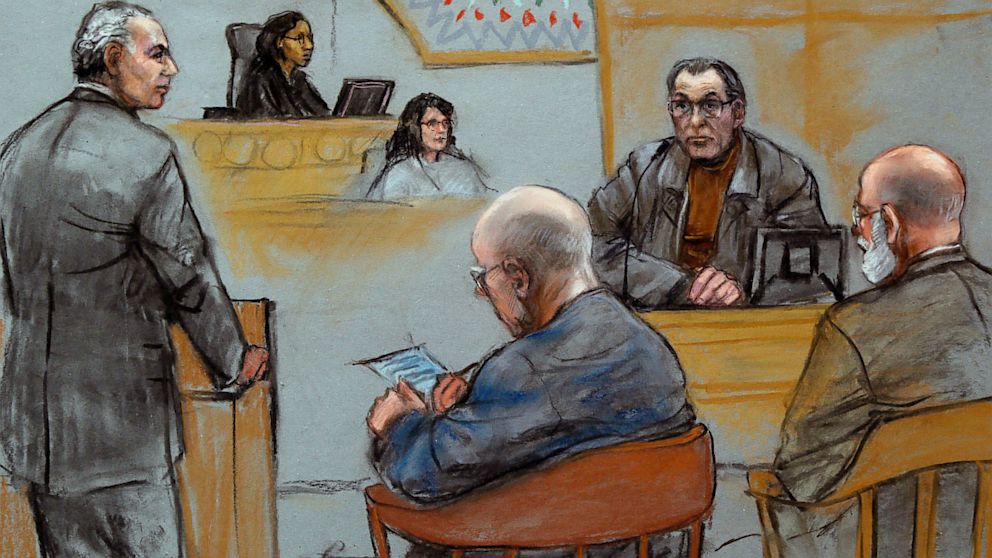 Whitey Bulger personified as Satan was how at least one victim’s father portrayed him. Sean McGonagle did not mince words when he said, “You’re a domestic terrorist fueled by greed and a sickening ego,” McGonagle said. “The solace that I will take comfort in is that every day you live in that 6-by 9-foot hole, you die another day.”

Steven Davis was allowed to address the court even though the trial which convicted Bulger of 11 murders was unable to determine that he was guilty of killing Davis’ sister Debbie Davis who was strangled in 1981. “You piece of s***, look at me,” Davis yelled at the defense table, frustrated that Bulger ignored each of his victims’ families as they spoke.

“Shame on you, Mr. Bulger,” David Wheeler declared to the man who ordered his father’s murder. “For all your notoriety, you are a punk and you don’t even matter anymore. You’ve turned from a government-sponsored assassin to a pile of jailhouse rags.”

This long, sad journey began in the 1960’s and ended in the 1980’s, when ‘Whitey’ Bulger was the head of the Winter Hill Gang.  Bulger reigned atop the organized crime world.  As corrupt law enforcement officials took bribes and turned a blind eye to the violence that Bulger oversaw, the lives of citizens and their families were brought to an abrupt end. The former gang leader fled Boston in 1994 ahead of an indictment and spent more than 16 years as a fugitive before being captured in Santa Monica, Calif., in 2011.  Bulger, now 84, was convicted in August in a broad indictment that included racketeering charges in a string of murders in the 1970s and 1980s, as well as extortion, money-laundering and weapons charges. A federal jury found that prosecutors proved Bulger played a role in 11 out of 19 murders in which he was charged.

Bulger, 84, sat quietly in court, dressed in an orange prison jumpsuit, having instructed his attorneys not to participate in the sentencing hearing, which one of his attorneys said Bulger regarded as “a sham.” Prosecutors are seeking two consecutive life sentences.

Whitey Bulger was personified as Satan by more than one family of his victims.  His trial was nothing more than a parade of witnesses who depicted Bulger as a cold-hearted killer.  Stephen “The Rifleman” Flemmi, 79, said Bulger got his way despite others’ objections and he “terrorized” victims before killing them and relaxed while others cleaned up after his dirty work.

Relatives of victims said there was a stigma  associated with a gangland murder and reported depression and suicide attempts within their families. Post-murder questions about their fathers, were difficult for family members to take on

U.S. District Judge Denise Casper set two days for Bulger’s sentencing, the closing chapter in a most difficult criminal case. Whitey Bulger personified as Satan by his victim’s families is rather an appropriate reaction for innocent people whose loved ones lives were taken from them.