By Michael Smith on November 27, 2013Comments Off on Xbox One and Playstation Four Would You like Some Nudity with That Glitch 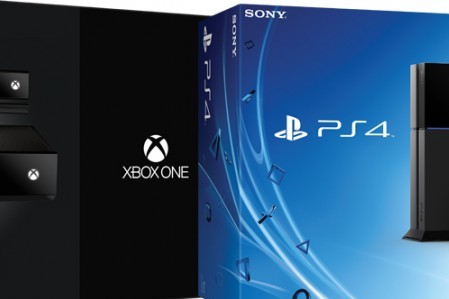 Both Xbox One and Playstation Four are having issues. It’s a case of would you like some nudity with that glitch or perhaps some profane language that would make a sailor blush? It would seem rather fitting that glitches from brand new consoles would evoke quite a lot of profanity from the gamer who had just shelled out a major amount of cash for either console. To turn it on and get the “blue light of death” or, in the case of Xbox, “disc drive doom” would certainly cause most consumers to come out with language that could make ears bleed or turn the air a different hue.

It seems, however, that it is not the paltry one percent of purchasers who have bought faulty units that have turned the “air” blue. Both Sony and Microsoft are discovering what a good portion of folks knew already about the sharing of videos online. Naughty people like to share their “naughty bits” online. Obviously misunderstanding the meaning behind the option of sharing “gameplay” these exhibitionists are uploading a different type of game playing footage.

Somewhat surprisingly, again we are talking about the internet here, Microsoft and Sony have been shocked to see that some X-rated footage has been shared with other “gamers.” One such shared gameplay featured a male and female getting “hammered” on alcohol until the female passed out. Her fellow intoxicated playmate decided that she looked too warm and in a gesture of great kindness took her top off.

Another uploaded video was of a couple who were enthusiastically having sex on a couch. While there are some who would gladly pay for this type of “entertainment” there are just as many who would rather not see it; for free or otherwise. Although it has been more prevalent on Playstation Four rather than Xbox One, it is still a case of whether or not gamers want a little nudity with their new console glitch.

Nudity has not been much of a problem with Microsoft consoles as Twitch is not available on Xbox One just yet. Unfortunately gamers who want a bit of sexy sizzle on their screens will have to switch to Sony for that privilege, but, they will have to be quick as players who upload “adult only” content are immediately blocked and banned.

Microsoft do have their own version of “sharing.” Xbox One has “Upload Studio” which allows gamers to upload their gameplay clips with running commentary. Sadly, Microsoft seemed unaware that there already exists a large amount of very profane language as well as racism, sexism and homophobia in the lobbies of the online gaming world.

Just ask any fair-haired underage urchin who plays CoD. These youngsters, who are playing in an arena that they are far too young for legally and mentally, hear some vile things. All in the name of gaming in a First Person Shooter (FPS for the uninitiated) that almost requires swearing and very unpolitically correct behaviour.

The main problem that both gaming companies have is that they have forgotten that online gaming attracts just as many of the weird and wonderful as it does avid gamers. There are a large amount of people who enjoy the online experience by playing with and against friends. But, just as in the day-to-day dealings on the world wide web, there are those who just enjoy filming their sexcapades, even if they do not get paid to do so.

Even more than the occasional exhibitionist are the folks who cannot resist “performing” in front of a video camera or a reasonable facsimile. Just ask any of the “celebrities” who filmed their personal moments and had them broadcast to the world over the net.

Xbox One and Playstation Four are busily blocking all those users who would like to add a little nudity to the glitches that are affecting the one percent of gamers who are affected by these out-of-the-box problems. Considering that all the users who have been banned will only open more accounts and keep at it, those that do have a glitch right now will soon be able to see what all the fuss is about. If they want to see that sort of gameplay, that is.