Microsoft has acknowledged some of the early hardware issues reported with their Xbox One, since their new console was launched last week. As more problems surfaced, Microsoft has offered disgruntled purchasers with their choice of a free game.

Customers that had issues with their Xbox One will be offered a free choice of either: Zoo Tycoon, Dead Rising 3, Forza Motorsport 5, or Ryse: Son of Rome. All the game titles offered were published by Microsoft’s Studios.

Microsoft has said they are working with those affected directly and hope to have replacement systems in their hands as soon as possible. While those replacements are being shipped, they have offered the affected Xbox One owners with a free digital download of their games.

The tech giant insists that only a small number of users encountered a problem, but they admit to having some issues with the Xbox One’s disc drive. One gamer described his disc drive as sounding like a robot vomiting. More and more videos of defective disc drives are being uploaded to YouTube. Gamers that experienced similar problems have been asked to call Microsoft Support, so staffers can make the offer of the free choice of games.

High-tech device launches rarely go perfect as there usually some defective units that unknowingly pass inspection to later make their way into the market. Sony’s Playstation 4 was launched 2 weeks ago and reports of problems with their “blue light of death” surfaced almost immediately. The Xbox One launched last week and both Sony and Microsoft sold a million units on their first launch day. Both Sony and Microsoft insist that their defective game consoles only affected very few customers, in comparison to the amount of units they sold. 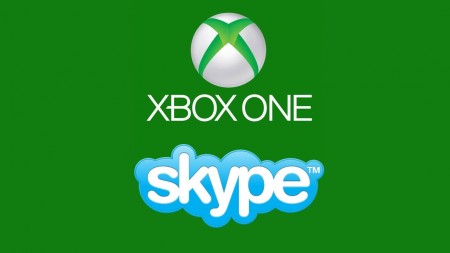 More Xbox One problems surfaced recently with complaints that customers were losing ability to use Microsoft’s communication program, Skype. The program is reliant on Xbox Live on their new console. It was discovered later, that some of the users were experiencing the message, due to them sharing game-play videos that violated Microsoft’s terms of agreement. Although Microsoft insist they do not monitor the peer-to-peer communications of Skype, the users that uploaded videos full of profanity, are being treated for breaching their terms of service.

The videos uploaded to Microsoft’s Upload Studio are being moderated by a Code-of-Conduct team. Microsoft has not clarified whether monitoring of videos is automated or conducted by actual human team members. The Code-of-Conduct team will suspend user-privileges, if their actions do not promote a safe and secure environment that can be enjoyed by users of all ages. This is a deterrent, used by Xbox One employees, to prevent frequent offenders. More and more people think this is a double standard for Microsoft by not honoring the player’s free speech, while they are still including profanity in some of their games.

It was also recently discovered that some Xbox One users were able to access porn through their new consoles. SugarDVD is an entertainment company that delivers adult content in a movie fashion through the Xbox One’s web browser. The method used by SugarDVD is very similar to the method that is used by Quickflix, which give access to hundreds of movie titles in exchange for a monthly subscription. The SugarDVD app has been available on Sony’s PS3 and Nintendo’s Wii console for some time now. Any parents that are worried their children will be able to access adult content on the Xbox One, are being advised by Microsoft to adjust the privacy and security settings of the console. By adjusting the settings, the parents will be able to filter out explicit content that they haven’t approved for their children to view.

Microsoft is predicting a lot more sales of the Xbox One to occur over the Thanksgiving Day weekend. Whether more defective consoles are poised to hit the marketplace is anyone’s guess. If a user experiences any hardware defect with their new purchase of the Xbox One, it is suggested to contact Microsoft to get their free game offer.

2 Responses to "Xbox One – Free Game Offers and More"