Xbox One – Is It Worth the Wait? 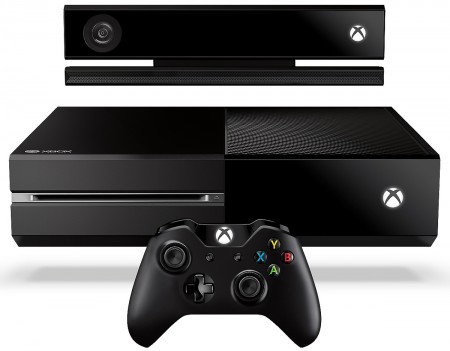 I’m extremely interested in seeing who has the more first week sales between Xbox One and PS4, even though their release dates a bit apart. The debate over the past few months has been who came out the strongest for their next generation console releases respectively. Microsoft has always put emphasis on a strong user interface and online playability, as well as a deep library which generally has better games unique to the console. Although this time around it seems like Microsoft soiled the bed and probably won’t be able to recover enough to compete with the initial numbers that Sony Playstation is probably going to get.

If you have the money to blow on both systems it would probably be worth checking them both out. However Playstation which has a lower price may be the way to go as there are foreseeable problems with the future of the Xbox One which is scheduled for release across the US soon. The Xbox One had a bit of a rough ride from critics since its May unveiling, initially Microsoft had jumped into a pot of boiling hot water for a number of unpopular features including a mandated 24-hour online check-in and restrictions on the used games market. Most of the policies and features Microsoft had first set have been taken back after the company was bashed not only by the fans, but indirectly by PS4 who released a video mocking Microsoft’s game sharing policy by showing how easy it is to share PS4 games (Simply handing the hard copy to them) One thing however that is grabbing and keeping the attention of Xbox One fan boys is system’s hardware listed below.

The Xbox One is certainly not cheap though, it’s ringing it at a price of $499 when it hit stores, which is more expensive than both the Xbox 360 and the PS3 were at their initial releases. As for the Xbox One gamepad, that will carry a price of $59.99 and the Chat Headset for $24.99. The new Xbox One controller looks very similar to the controller fans are used to, but with a little more of a thin and sleeker design, for more comfort ability.

When it’s all said and done and both companies have their consoles released, I’ll have converted from a Xbox user to a Playstation user. I will down the road get an Xbox One, but it’s not worth waiting for when I can get a PS4 now, and am only really excited about two games that the Xbox has to offer right now. Most of the games I can’t wait to get are on the PS4 (surprisingly), or offered by both. I’ll get an Xbox once more games are available and the release price has gone down a little bit. Until then I’ll be playing Battlefield 4 and owning noobs!