Dogs’ Genealogy Show They Are From the Continent 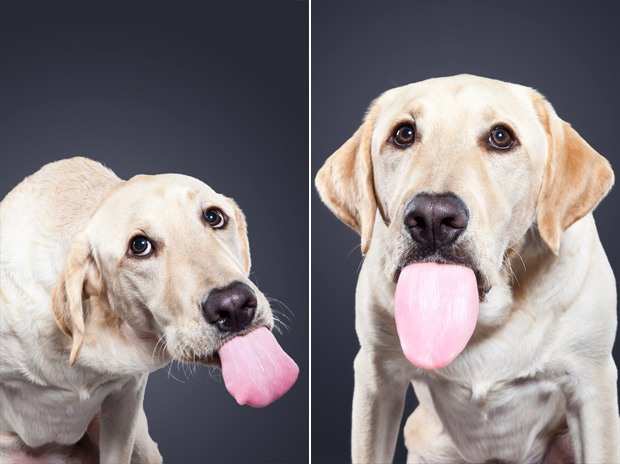 Dogs genealogy show they are from the Continent.  Specifically, from the European continent.  Dr. Olaf Thalmann, from Finland’s University of Turku, and his team, have sorted out the conflicting DNA evidence.  This analysis reveals modern dogs to be most closely related to ancient European wolves or dogs, but possibly old European wolves that are now extinct.  Also, because the dog remains used in the research are dated to be more than 18,000 years old, it indicates a timing for domestication that is much older than some researchers have previously argued.  The study results were reported in Science, published by the American Association for the Advancement of Science (AAAS).

The results of Dr Thalmann’s research reveal that dogs genealogy diverged from wolf populations when humans had yet to settle into fixed, agricultural communities and were still hunting and gathering.  Future research may reveal even more startling results.  Scientists are looking at  larger nuclear DNA material which could provide answers but it is far harder to retrieve, in older bones or fossils. Other world research groups are also trying to isolate where domesticated dogs genealogy started.

Scientists generally agree that dogs evolved from wolves and became the first domesticated animal.  Wolf ancestors began to assimilate with people, probably due to the leftover animal carcases and cooked food of humans. Therefore, dogs became tamer, and scientists believe people found them useful for activities like hunting and guard duty. Over hundreds of years in this human environment, wolves gradually made the changes to become the first domesticated dogs.

Robert Wayne of the University of California, Los Angeles, one of Thalmann’s study authors, said his results suggest a better case for Europe than for east Asia or the Middle East. He also said the kind of wolf that gave rise to dogs is now extinct.

Researchers gathered DNA from fossils of 18 ancient wolflike and doglike creatures that have possibly lived up to 36,000 years ago in several countries.  They looked at the genetic material and compared it to modern samples from 49 wolves from all over the world, dogs of a wide variety of breeds and coyotes.

The biologists studied the DNA of the animals, which is abundant in ancient dog bones.  Modern domestic dogs,  wolves and coyotes, and determined that the domestic dogs were genetically grouped with ancient wolves or dogs from Europe – not with wolves found anywhere else in the world or even with European wolves that exist today. Based on their analysis of dogs’ genealogy, they were able to deduct that dogs came from ancient wolves that inhabited the Europe continent and are now extinct.