Zombie Viruses Have Been Created 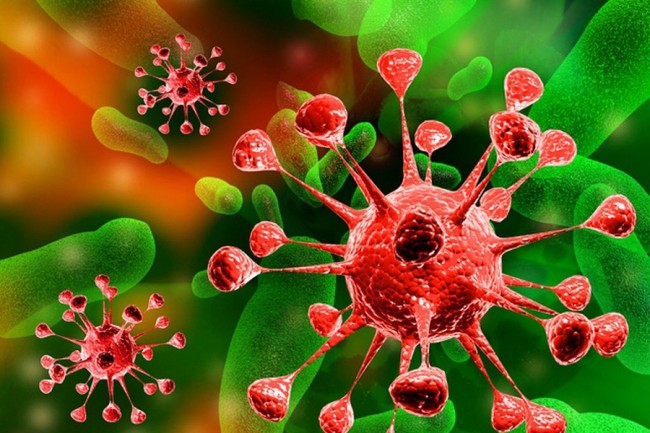 Scientists hard at work at a university in Washington have discovered a way to create “zombie” viruses that could possibly survive the transport over lengthy distances without having any type of host. This sounds kind of spooky, but it is actually a good thing. This might not only explain some bewildering information on virus circulation, but it also has the possibility of helping to search for life on new planets, and could provide a newer way to preserve vaccine serums.

In a new research report published in the Journal of Virology, the investigators looked at what occurred when they covered viruses with silica, efficiently enclosing them in a protective case. The reason behind this was to examine virus circulation. Most of the time, viruses are transported by hosts, but that is not always how they are spread around. Actually, hot spring virus dispersion can happen from exchanges, the authors explained in their paper. Basically, viruses that exist in hot springs could be distributed into new bio-networks by volcanic activity or geysers, without ever having the need of a host.

The study went on to describe how even though fungi and bacteria might have been known to travel from the Sahara Desert out to the Caribbean Sea by way of the wind stream, such an activity does not happen very much with viruses, because they are prone to drying out. However, if viruses could be covered in a protective coating, they could in theory be spread far and wide. Viruses can be naturally covered by silica while in the hot springs, so that made the substance an obvious choice in which to test the principle.

The researchers covered various types of virus in the silica, and discovered for the most part it caused them to become inactive. However, when the coating was removed, they became capable of infecting cells once more, so they earned their “zombie” nickname. Furthermore, when the viruses were coated in their protective shield, they appeared more resistant to dehydration. This might explain how they could travel for long distances without drying up.

This study was partly funded by NASA, and might in due course help in the search of life on new planets. In essence, the idea was to look for a way to find bio-markers inside rocks which might show that a virus was once there. This project is still something that is very new. It is only in the beginning stages of development. NASA’s concern in this is that there is a need for technology to exist here on Earth that is capable to detect viruses, either living or extinct, but still in rock, before anyone attempts to go to other worlds and tries to discover them there.

Also here on Earth, the zombie virus research has given itself another potential use: vaccine preservation. Those drugs can be very difficult to transport, because they spoil easily when they get too hot or cold. This makes keeping them safe a major problem in un-industrialized countries and that is usually where they are needed most. The research team is working on a process to use the silica coating technique to aid in preserving the vaccines until they are needed by patients. Hearing something like this makes the sound of a  “zombie” virus really sing in a person’s ears.