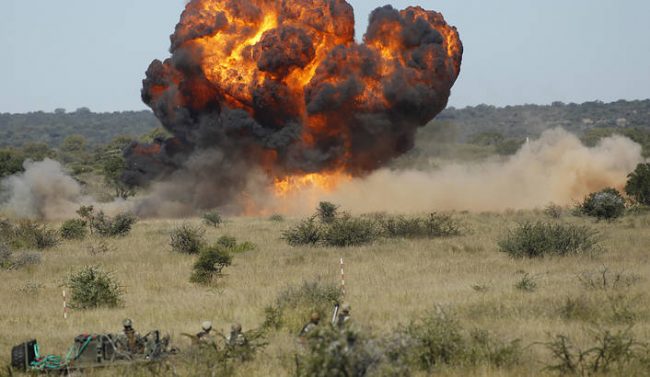 There is an alarming abuse of dangerous weapons by government officials in South Africa. A private company assigned to supply and import weapons for the South African National Defense Force (SANDF) is now branded as a dead company. For several years, the company known as New Generation Arms Management (NGAM), has successfully obtained tenders and orders to fulfill the weaponry requirements of the government companies.

NGAM imported a large number of rocket propelled grenade (RPG7) weapons into South Africa. The RPG7 is usually broken into two parts for easy carrying. It is a low cost and effective anti-armor weapon. This popular weapon is frequently used in almost all conflicts across the world. It first originated in the Soviet Union during the early 1960s and is now manufactured in different countries. The RPG7 is considered a favorite weapon of terrorist organizations.

During October 2012, NGAM discovered that weapons held at a place of safety under the supervision of the South African Police (SAP) were tampered with. This immediately initiated an investigation by the concerned company. It created a flurry of activity when the weapons were moved from their place of safety to an unknown location. The move was a deliberate use of deception with the SANDF issuing a false affidavit to the South African Police.

NGAM immediately communicated with the SAP who denied any involvement. Subsequently, the company was informed by various authentic sources that the weapons were moved to the Center for Scientific and Industrial Research (CSIR) and Denel, (the largest manufacture of defense equipment in South Africa). The move to these departments is for the obvious purpose of reverse engineering and to program the construction of producing similar weapons.

During November 2013, several letters and other communication channels were used to determine the whereabouts of these weapons and for the recovery thereof. Every method of communication falls on deaf ears. The highest ranking officials appear to have no idea what is happening — the National Prosecuting Authority (NPA) appears to be involved in this weapon issue and nobody is talking. Both the SANDF and SAP remain elusive and non-committal to the urgency of this matter.

The unsuccessful attempts to recover the weapons and the reasons for removal from the original place of safety are a problem and a safety concern for the company involved in the importing of these weapons. To try and solve the mystery and abuse relating to the unscrupulous manner in which these weapons have been tampered with, the company’s director has resorted to contacting various embassies around the world.

The reason for this drastic action is the simple fact that these weapons can end up in the hands of terrorist, guerilla and other fundamentalist organizations. The world cannot forget the Kenyan Mall massacre and the people who are always eager to get weapons for wicked use.

The director of NGAM, a law abiding citizen of South Africa, is raising a concern that the political battles among top government officials is unhealthy for the stability of the country. The open corruption and bribery resulting from the actions of senior officials within government departments are a matter of serious concern. When the alarming abuse of dangerous weapons is added to that, this indicates that the courts are failing dismally in protecting the rights of citizens and is a way of obfuscating the issues by corrupt officials and ministers alike.