Bitcoin a Touchy Subject in Denmark

By Sebastian Barkovic on December 19, 20133 Comments

What do you think about Bitcoins? 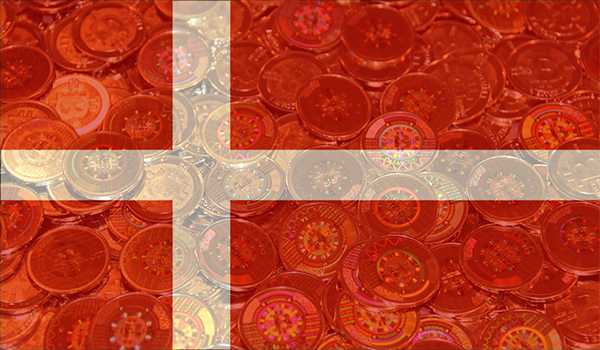 Many have heard the name and confusion that is vast surrounding it’s existence. It’s likely one of the most controversial topics in the financial sector. Bitcoins. Need thou not fear it, even Denmark finds Bitcoin a touchy subject.

So what are Bitcoins? A quick summary entails some simplifying. Imagine a currency completely unique from other currencies. How? Well it’s certainly not fabricated by a government, or contractor, Bitcoins are bought and sold and that causes the value to fluctuate, similar concept to supply and demand. Due to the limited number they were worth over $1000.00 per “coin”.  There are 21 million Bitcoins in existence, and there will be no more created in order for them to hold value. Bitcoins were introduced and distributed to those on the bitcoin network, but now open to the public. More recently businesses are accepting them as currency, and ATM’s have been appearing throughout Canada and Europe. Bitcoins operate on the same premise as stock. That’s just the financial side – there is a whole computer side to the equation that would take hours to explain.

Since 2009, Bitcoin has been a heated topic. This week TFSA (the financial supervisory authority) of Denmark has officially raised it’s flags, warning citizens – among many more – about Bitcoin. Keep in mind they did not pick on poor Bitcoin, they also included litecoin and any currencies with similar attributes (known as crypto-currencies). The warning was read in the style that: a) crypto-currencies are not safe, b) at anytime they could be inconvertible into “real” money, and c) hacking is imminent.

“Companies do not need permission to be able to establish their operation in Denmark if they want to run bit coin Exchanges that also include exchanging real money.” – TSFA

Denmark finds Bitcoin a touchy subject, however with numerous scams that have involved the online currency, their warnings may just hold some ground. More recently a scam happened out of China costing someone a cool $4 million. Maybe in the wake of that, it caused China to ban Bitcoin – thus dropping it’s value nearly in half. However there are many views on the topic and currently there is no shortage of conspiracy theories and alternative news sites that are commenting on this announcement. One of those unnamed sources went so far as to say:

“Denmark is among the most hardcore Zionist controlled state in Europe. Everything in Denmark is controlled by the Zionist, the media, the finance, the politicians, the news papers, the foreign and domestic policy. I mean everything in Denmark is within a Zionist iron grip.” The source went on to say that when Zionists tell citizen’s to say no to Bitcoin, Denmark will very likely follow.

Whatever the majority’s opinion is, Bitcoin is an alternative to the heavily corrupted financial system that’s currently in place. Whether Denmark finds Bitcoin a touchy subject is not the issue, but many have started to come around to the currency. A town in Kentucky has been talking about paying a police chief in Bitcoin, thus implying that it’s is here to stay – perhaps a good time for everyone to get well acquainted with it.

3 Responses to "Bitcoin a Touchy Subject in Denmark"