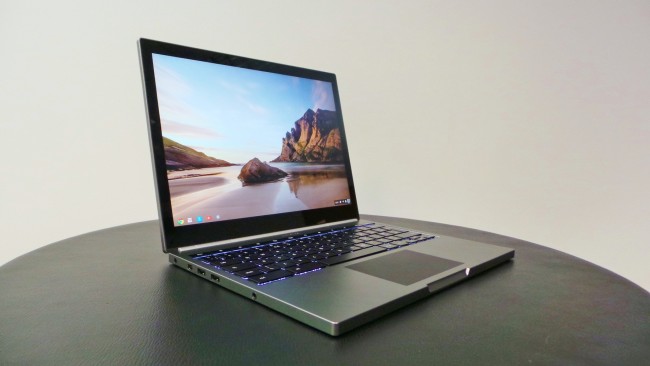 Chromebooks enjoyed a lucrative 2013. Chrome OS based tablets and netbooks accounted for 21 percent of sales and 10 percent of all computer sales. After 2012 sales of only 0.2 percent, analysts attribute the sudden success of Chromebooks to their low price point and no gimmicks OS. Surveys showed that many customers who selected a Chromebook did so because they did not need the services and features offered by full-sized laptops, placing more importance on portability and long battery life. Others cite slow Windows tablet and laptop sales as a reason for more people giving uncommon OS’ and hardware a try.

In 2012, Chromebooks had several different versions, some had 2GB of RAM, others had 4GB, some had larger hard drives, some had an expandable memory. All focused on portability, sharp displays and easy content sharing. Instead of a slab of plastic and aluminum that played games and HD movies, Chromebook buyers were looking for lightweight, inexpensive devices to keep them connected on the go. Several manufacturers were supporting the Google made OS with hardware, such as HP the largest computer maker in the world, ASUS, Samsung and Dell come January. Dell plans to release new machines specifically made for the education market, in which Chromebooks have already enjoyed solid sales. Since Chromebooks enjoyed a lucrative 2013, numbers are expected to climb with the convergence of affordable hardware and a push across America to educate youth on the use of new technology and the internet.

Those looking to make a statement with their Chromebook had the option of the $1,500 Chromebook Pixel, a high quality build machine at the top end of the Chromebook line. With a touchscreen featuring the highest resolution of any available laptop, a 32GB solid state drive and a blazing fast Intel i5 processor, the Pixel was well worth the price from a hardware perspective. Sales were hampered by the new approach the Chrome OS took however, as many consumers thought the device was only usable in the presence of an internet connection, or that the netbook only ran Google’s Chrome web browser. This is not the case, and several features such as basic file storage, video and music players and a basic picture editor are included. For many users on the go this is all that is needed and for those that are often without Wi-Fi coverage, a LTE enabled model is available for a slightly higher investment.

Since Chromebooks enjoyed a lucrative 2013, many wonder what lies ahead in the new year. Google is working to expand into many new areas of the consumer electronics market with web browsers, operating systems and online services. Although many of these are available on any computer, Google hardware such as Chromebooks, come with software set up and ready to go, further streamlining and simplifying the often boggling process of picking up and getting started with a new computer, no matter what the size. Although many deride the base model Chromebooks for their plastic construction and seemingly limited features, overall the Chromebook line has a lot to offer to just about anyone who needs a computer that is fast and functional.