Demi Lovato Tells All About Her Cocaine Addiction 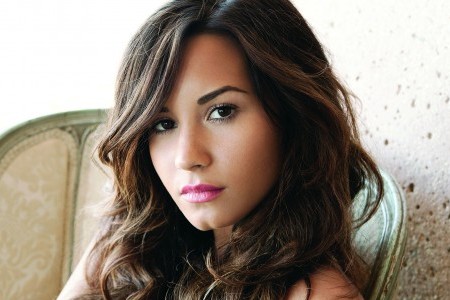 Demi Lovato tells all in a recent interview about her cocaine addiction and alcoholism. She is currently promoting her newly published book, “Staying Strong: 365 Days A Year,” which released Nov. 19.

Lovato, 21, drew suspicion and worry from her fans when she cancelled her performance with the Jonas Brothers in October 2010, to enter a treatment facility for drug abuse. No one knew Lovato had had a problem at the time, because she apparently hid it quite well.

In a confessional interview with Access Hollywood, Lovato reveals that she would sneak drugs onto airplanes without anyone knowing, and could not go longer than half an hour before feeling the addictive urge to use cocaine. She says Even when she had a sober partner with her, Lovato says she was still able to conceal her drinking and drug abuse. She says she has never confessed this before.

Lovato, who has been a judge on The X Factor since 2012, also has bipolar disorder, for which she also sought treatment.

It wasn’t until she hit bottom at 19 that Lovato says she realized she had a serious problem and needed to get her act together. Drinking and doing drugs wasn’t fun anymore when she was filling a soft drink bottle with vodka at 9 a.m. She says she realized how alone she was at that moment.

“I had a moment where I was like, ‘Oh my God… that is alcoholic behavior. [It’s] no longer, I’m young and rebellious and out having fun, it was, wow, I’m one of those people…I gotta get my s*** together,” Lovato says.

Not only has Lovato had to struggle with alcohol and drug abuse, she also had to contend with eating disorders and cutting. She lived in a sober facility for over a year to deal with her addictions. She sought great comfort from her close friend, fellow performer Selena Gomez, who recently accompanied Lovato when she spoke to a group of sober living participants for an hour.

Lovato’s mother, Dianna, told Access Hollywood she also had an eating disorder and suffered from severe depression, and this probably affected her daughter when she was younger. In fact, Dianna says she “ended up asking for help actually they did an intervention with me and said, ‘Mom, you need to get help.’”

Gomez has been by Lovato’s side lately. Now that Lovato has told all about her cocaine addiction, they have reportedly mended their close friendship, which began when they appeared together on Barney & Friends in 2002. The friendship rift might have been caused by Gomez’s new friendship with Taylor Swift but it appears that Lovato’s tough period has brought her and Gomez closer together.

3 Responses to "Demi Lovato Tells All About Her Cocaine Addiction"