Edward Snowden Should Not Make a Deal 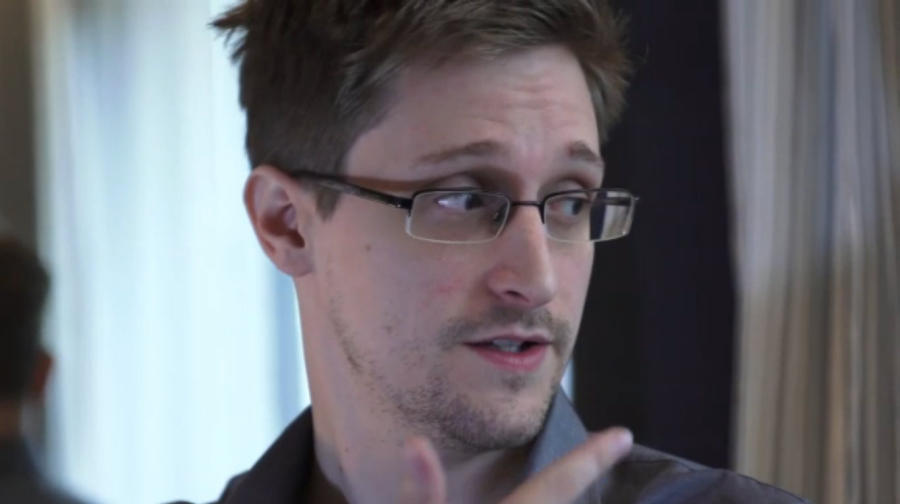 The NSA wants to play Let’s Make a Deal with fugitive whistleblower Edward Snowden.There are rumors flying about that the clandestine intelligence agency whose vast surveillance operations have been so deeply exposed by documents leaked by Snowden may be considering an amnesty deal for the ex-contractor.

Despite the intense rhetoric coming from the agency since the leaks began in June of this year, a top official NSA official, Richard Ledgett, has admitted that amnesty for Snowden has at least been discussed within the halls of the agency. In an interview with CBS news, Ledgett, who is believed to be in contention for a top civilian post with the NSA, stated that deal is not out of the question.

Ledgett indicated that while the prospect of a deal remains controversial within the embattled house of spies, he personally believes that it would be worth having a conversation about it, provided all the data Snowden took gets returned.<

NSA Director Keith Alexander is on the record as being against such a deal, believing it could increase the likelihood of future leaks. An amnesty package would also have to be approved by the Justice Department, which has given no indication that it would approve any offer to Snowden.

Whether or not the NSA offers Snowden a deal, the man who is considered by many to be a political hero for bringing sunlight to the incredibly vast array of operations the NSA has under its shadowy umbrella, should certainly not return any data to the intelligence agency. If it were not for his actions, the world would still not have proof of the egregious violations of privacy of which the American spy cartel is guilty. Those who had suspected such violations all along would have continued to be marginalized as conspiracy nuts and summarily dismissed.

To make a deal with the NSA now, after obtaining thousands of documents and fleeing to Russia for amnesty, would greatly diminish history’s judgment of Snowden. The NSA has proven themselves capable of the most intrusive actions imaginable, and it is believed that only a small percentage of the total information acquired by Snowden has been released so far. If Snowden plays ball with the U.S. government and make a deal with the NSA, he will be making a deal with devil to dance in the pale moonlight.

If Snowden makes a deal with the NSA, the people of the world are the real losers, as we will be condemned back into the depths of ignorance where the NSA has sought to keep us all along. The national discourse on the scope of government spying will fall to the wayside without the hard evidence that Snowden’s leaks have been able to provide. The international outrage at the surveillance of vast numbers of foreign nationals, not to mention government officials and heads of state, will wane.

The despicable lies and trouncing of the privacy rights of the entire planet will continue in earnest, without even the thinnest of barriers to slow the growth of the global electronic surveillance state. This would be a sad outcome for the world.

If Edward Snowden decides to play Let’s Make a Deal with the NSA in the role of Monty Hall, if such a deal is actually in the works, he will undo much of the good he has done through his actions. He should also remember that a good number of the boxes on that game show concealed non-prizes, what the show referred to as Zonks.

While it would be understandable, from a personal standpoint, that Snowden wants to end his exile and come home, it would be unforgivable from a historical point of view. Snowden has been called a hero by some, and an integral part of what makes someone a hero is there willingness to sacrifice what others will not in pursuit of what they see as a greater good. Edward Snowden has so far shown a willingness to make those sacrifices, and the world will be better off if he says no to Let’s Make a Deal, stays in exile, and continues to make life difficult for those who do not seem to understand that some people do not want to trade all of their privacy for a modicum of security. Anything else would be a Zonk for the world.

5 Responses to "Edward Snowden Should Not Make a Deal"