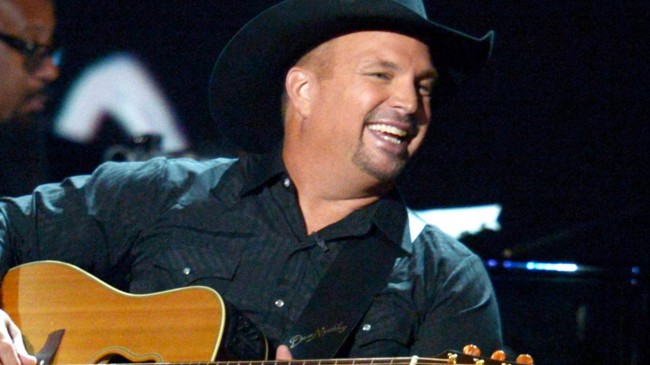 Garth Brooks, a country icon back on top of the charts, has made a surprise announcement on Good Morning America. He has stated, that 2014 will see the start of a world-tour with his band.

He joked about his age, and how being 52 would make his show a “wheel-chair and walker” tour. However, as he attempted to keep his music a secret, his friendly encounter with Robin Roberts and their long history, made the surprise reveal itself.

He said that he has chosen to go on tour now, with the approval of his wife and family, because his children are at an age where he will no longer feel guilty leaving home for a few months at a time. He described how being a dad is the most important thing to him in the world, but that now he can return to pursuing his other love.

The show saw lots of cheers and clapping as everyone was extremely excited about the news, especially because the star was adamant he would not be returning to the music scene so that he could fulfill his role as a father to his three daughters. He will be talking more in-depth about his world tour on radio next week.

Below is a video by Save Our Planet From Disaster, previewing one of Garth Brooks songs, “The Thunder Rolls.”

He is an American country music singer and songwriter. His first album was released in 1989, and gave him a name within the music industry.  It peaked at Number 2 in the US country album chart, whilst climbing to number 13 on the Billboard 200 album chart. His integration of rock elements into recorded songs and also live performances, lead to his colossal popularity. He dominated the country charts whilst journeying into the commercial pop arena, which exposed country music on a much larger scale.

He also broke records for sales and sell-out concerts throughout the 1990’s, and his records continue to be sold at high rates. According to SoundScan, his album sales in May 2013 reached 68,630,000, making him the artist with the greatest number of sold albums within the SoundScan area in the U.S.

His fans have been tweeting about the news in excitement and disbelief. He initially appeared on the show in order to promote his new album. However, viewers were delivered with more than they had anticipated at Garth Brooks surprise announcement on Good Morning America, as the rumors of his return have been confirmed.

His recent box set, Blame It All on My Roots: Five Decades of Influences, traveled to number one in the charts. The collection includes four CD’s of cover songs, a two hour DVD of his live performances from Las Vegas, a DVD which contains already released videos of his previous big hits, and also a second release of his multi-platinum selling CD set.

The box set hinted at his return, but with this mornings surprise announcement on Good Morning America, fans are now waiting to purchase their tickets to see the Garth Brooks world-tour in 2014. His comeback is expected to carry fantastic world-class country music that many are extremely eager to see.