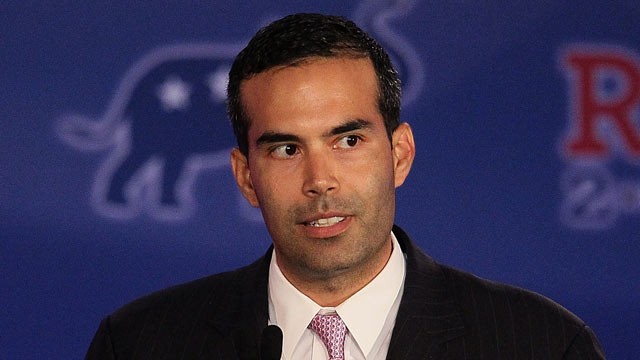 George P. Bush, the 37-year-old son of Jeb Bush, grandson of George H.W. Bush and nephew of George W. Bush, is kicking off his political career by entering the race for land commissioner in Texas. By stepping into this political realm, he also is faced with daunting challenge of convincing voters he is more than just someone with a famous last name.

However, even though the Bush family has been known for mainstream Republican ideals,  George P. Bush says he is more of a “movement conservative” and aligns himself more with the Tea Party. To emphasize that idea, he named former House Speaker Newt Gingrich as one of his role models. Bush said he was a strong conservative on issues of national defense and economics.  He joins an ever growing list of Republicans moving more to the right in a state already known for fiercely conservative ideals. The truth is that this will probably be the young politicians biggest struggle in convincing many that he is decidedly more conservative than either of the men who share his last name that have resided in the White House.

However, Bush believes that he can be victorious in this struggle and is quick to point out that he was an early supporter of Senator Ted Cruz. Cruz, after not even a year in office, has moved from an unknown freshman senator to ruler of the Republican party in Texas.

The office of land commissioner for the state of Texas, administers state owned property and mineral resources that help to fund public education throughout the state. Often, this can lead to higher political office. The current holder of that office, Jerry Patterson, is campaigning to be lieutenant governor. He is challenging incumbent David Dewhurst, who was land commissioner before becoming lieutenant governor.

Bush is being challenged by Democrat John Cook, former mayor of El Paso and Republican David Watts, a businessman. Bush has already garnered more than $3 million in campaign contributions and is expected to have easy victories in the primary in March and the general election in November.

Republicans in Texas have not lost a statewide race in twenty years.

Bush’s right wing politics could have some risks involved. It could hurt his image as a Republican for the next generation and could reach out to the states  with a rapidly growing population of Hispanics. Bush is fluent in the Spanish language and his mother, Columba, is a native of Mexico.

While Hispanics are largely Democratic in their voting habits, George P. Bush said he feels many also agree with the Republican party on issues of social concern with opposition of large government and abortion. He said he believes that conservatives can win Hispanic voters without compromising their values.

Bush said he admired Gingrich for his architecture of the Republican revolution of 1994 and said that the party came forward with solutions on the big issues of that time. He said he felt the party needed to get back to being that type of political leadership.

George P. Bush was born in Houston but grew up in Florida where his father, Jeb Bush, served as governor for nine years.  After graduating, Bush taught school in an inner-city area of Miami and worked on George W.’s campaign for President. He also received a degree in law from the University of Texas, served as a clerk for a federal judge and formed a company in Fort Worth, where he currently resides. He served with naval intelligence for eight months on a tour of Afghanistan. For security reasons, he operated in that capacity under an assumed name.

With the experience in Afghanistan, Bush saw the need to step away from his famous surname. A different challenge now exists and he believes he is ready to face it.

One Response to "George P. Bush Faces Challenge in Campaign"