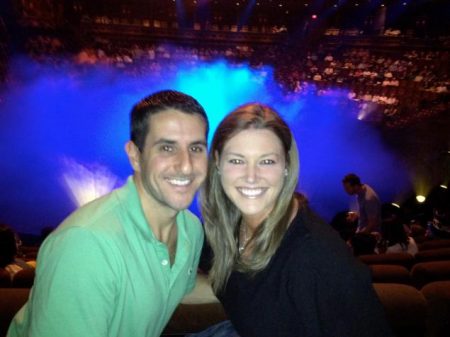 Hoboken lawyer Dustin Friedland, age 30, fell victim to two carjackers last night.  They shot the Hoboken lawyer in the presence of his wife inside the parking garage of the Short Hills Mall, in Millburn, New Jersey.  Friedland and his wife Jamie had finished up some Christmas shopping at the mall and arrived at their 2012 silver SUV at around 9:00 p.m. The victim let his wife into the passenger side and then went around to the driver side to open the door and get in when suddenly two men approached Friedland and shot him before carjacking the truck and fleeing the mall at full speed.

According to sources, the Hoboken attorney lost his life to protect his wife from the carjackers that killed him. The two thieves ambushed Friedland and demanded the keys to the Range Rover. The source told The Daily News that Friedland’s wife was in the vehicle at the time and that Friedland refused to give the men the keys.

Police said that the brave attorney resisted and, in the struggle, one of the four shots fired mortally wounded him.

The source said that after shooting Friedland, one of the men came to the car door and told Jamie Friedland to get out of the vehicle. At that moment, they said, she was able to get a look at the suspect.

According to The Star Ledger, the assailants fired several shots, but only one of the shots struck the victim in the head. Morristown Medical Center pronounced Friedland dead at 11:30 p.m. Sunday. His heartbroken wife was by his side.

According to acting Essex County Prosecutor Carolyn Murray, Jamie Friedland was unharmed in the incident.

It is still unclear whether the men knew the Hoboken lawyer at all or why they had such an interest in the Range Rover.

Witnesses told the Newark Star Ledger that they had heard gunshots in the garage, followed by the horrifying screams of a woman, and that the silver truck sped out of the garage at 100 mph and headed east on Route 24.

Law enforcement reported that they recovered the Range Rover on Renner Avenue in Newark this morning.

Friedland worked as a project manager at Epic Mechanical Inc., a contracting firm in Neptune. He analyzed legal claims and had earned his law degree from Syracuse University in 2009, states the LinkedIn page to his profile.

Everyone who knew the Hoboken lawyer remembers him as a devoted husband to his wife. Jamie Friedland, also a lawyer in Manhattan, is devastated.

The silver 2012 Range Rover is worth at least $70,000. The carjackers dumped it off at the rear of an abandoned house in Newark, police said.

Relatives are heartbroken. They described the 30-year-old lawyer as a sensible man who avoided violence. However, Jamie Friedland’s employer at the law firm said that Friedlan would have “fought like a lion for her.”

The Adam Leitman Bailey Law Firm has offered a $10,000 reward for information leading to the arrest of those responsible. Police have not released a detailed description of the suspects to the public but urge anyone with information regarding the shooting or the whereabouts of the suspects to call the tips line at (877) 847-7432.

We will be bringing you more updates as they come in.