Jen Arnold of ‘The Little Couple’ Suffering From Rare Cancer 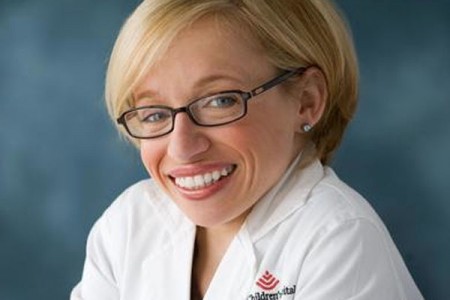 Jen Arnold of The Little Couple is suffering from rare cancer. Arnold, age 39, stated that even though it is never a good time to receive such news, getting it just as they are starting to build their new family is especially hard.

The neonatologist has shared many emotional trials that both she and her husband Bill Klein, age 38, have suffered while on the difficult path to become parents on their reality show.

She explained that she had just recently been diagnosed with having the rare form of cancer and is now going through treatment, which includes both chemotherapy and surgery. She added that she was extremely fortunate because her diagnosis is very good.

However, while the prognosis is good, the timing is not. Arnold and Klein have just become new parents to two toddlers. They have a son, Will, age 3, and a daughter, Zoey, age 2, having adopted each child earlier this year. The couple, who live near Houston, got both children through international adoption. Will was from China and Zoey came from India.

Arnold said that although there is never a good time to receive news such as this, getting it just as they are in the process of creating their brand new family is extremely hard in so many ways. But having the love and support of her husband and two children is helping aid her with the strength needed in order to battle the cancer even more so.

The reality star has not revealed to the general public what type of rare cancer she is fighting against, and no further details on her diagnosis have been released.

TLC has decided to continue with filming the couple as Jen goes for her treatments because both she and Bill have requested it specifically.

The television company has recorded their lives since back in 2009, and at their personal request, TLC will carry on following them throughout this newest challenge, stated a spokesperson for TLC. Jen Arnold herself is both a doctor and teacher and she believes this is an opportunity to both educate and even maybe help other individuals by allowing to share her own story. She feels her story of dealing with the cancer may even end up helping save lives if it brings attention to cancer in a more personal form.

Fans have been extending their caring wishes on Twitter by putting up inspiring messages. TLC is asking followers of the show to leave messages on the social media site by using the hashtag #getwelljen.

Arnold also spoke about the miscarriage via surrogate, which happened in 2011, and how to stay strong in personal troubled times. She said that for many people who go through any kind of loss,the loss ends up tearing them apart. Because of what she and Bill have had to go through, are both very strong individuals. She is thankful for the great life she has had and she and her husband are really adapt at being able to put things in their proper place.

Hopefully Jen Arnold will be able to put the rare cancer where it belongs… in remission.