Manchester United F.C. gave Cabaye and Newcastle a chance to shine today, and they took full advantage of it. Newcastle United managed to get their first victory since 1972 at Old Trafford. With Rooney out on suspension and Van Persie newly back from his injury alongside a newly-shuffled roster, the Manchester United attack could not seem to get into sync with each other. Van Persie was revealed in video replay to have been robbed of a goal by the forearm of  Vurnon Anita that should have been called for a penalty shot; but, in a match that seemed heavily weighted in favor of the Manchester juggernaut, it should never have come down to one missed call from the referee.

Yohan Cabaye showed the kind of intelligent and intuitive play that has made him the linchpin of a steadily improving Newcastle United team. Cabaye is a veteran presence during every match, maintaining an awareness of the entire field as he plays and always being exactly where his teammates need him to be. He is possibly best known for his skill on set pieces because that is where he does the most obvious damage.

The accuracy and placement that the Frenchman demonstrates is matched by only a few midfielders in the Premier League. With players like Moussa Sissoko and Yoan Gouffran to put the ball in to, he can have confidence of the results when he hits them up. For Newcastle, it was Sissoko, turning the tables and providing the assist that gave Cabaye his chance to shine today against Manchester United. Together with Gouffran, they have built a chemistry that has been creating upsets all season.

On November 2, 2013 the Newcastle boys defeated Chelsea in a match that may have been a turning point for them. The 2-0 win was an eye-opening match for many fans who were writing Newcastle off as contenders. Cabaye took the game in hand, and could be seen running back to throw himself between the Chelsea attack and some near-miss scoring opportunities only minutes separated from delivering a masterfully located ball in to Gouffran to score. Loic Remy, yet another Frenchman contributing to the Newcastle front, justified the confidence manager Alan Pardew has shown in him with a late goal in that match as well. 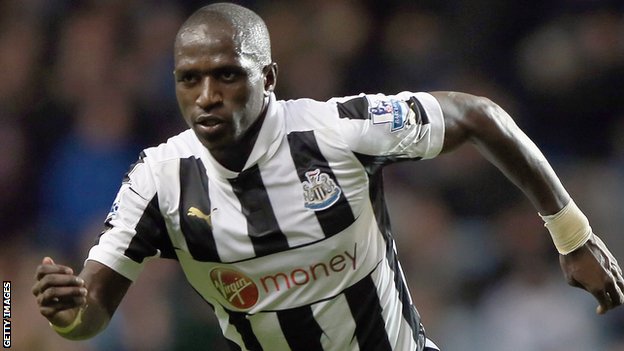 The following week – November 10, 2013 –  the team entered the match with confidence off of their defeat of Chelsea, and squared off against Tottenham.  After a quick goal off of the top by Remy, Newcastle only had possession of the ball 35 percent of the time for the rest of the game. They were forced to adapt, and with a game-saving effort from Dutch goalkeeper Tim Krul, they found a way to win. With this win, a pattern of resiliency and effective teamwork  emerged that was starting to be noticed. With their defeat of Manchester United today, the team might begin to be taken seriously as a contender to land in the top four of the Premier League standings.

Pardew expressed an opinion after the match today that indicated his certainty that it would be the woes of Manchester United manager David Moyes, rather than the brilliant performance of the Newcastle team, that was likely to capture the Premier League fans’ attention. These fans, however, are more astute than that. While Manchester United F.C. fans will certainly take every chance to examine  Moyes under a microscope, there will be plenty of limelight to shine of Cabaye and the entire Newcastle team as they emerge as a serious Premier League contender.

Manchester United F.C. Gave Cabaye and Newcastle a Chance to Shine added by Jim Malone on December 7, 2013
View all posts by Jim Malone →