Justin Bieber Girl Passed out at His Home: When Did It All Start?

By Juana Poareo on December 14, 2013Comments Off on Justin Bieber Girl Passed out at His Home: When Did It All Start? 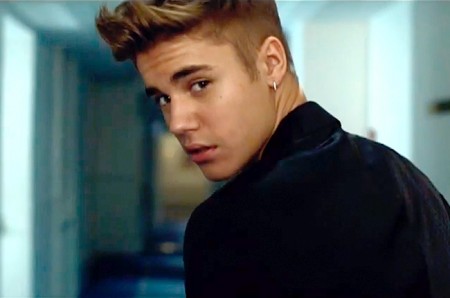 Justin Bieber apparently had a raucous party at his Calabasas home Friday night because a female guest passed out there, according to TMZ. Someone called 911 and ambulances raced to the home but when the girl found out an ambulance was there, she declined medical assistance. Instead, she went home. TMZ reports that alcohol was involved.

The steady rise of the bratty Bieber

Bieber was just an innocent little kid with a weird, floppy haircut when he was discovered through his YouTube video, when he covered a Chris Brown song. He was doing all right, nothing shocking, until 2011, when he made clear his views on abortion and sex in a Rolling Stone interview. He seemed conservative but he was still a kid. Can’t exactly fault him for living in a bubble.

Still in 2011, Bieber started dating singer Selena Gomez, and they evidently became hot and heavy because she stopped wearing her purity ring. Then he celebrates his 17th birthday and sticks a middle finger at the paparazzi.

In November 2011, he was accused by a girl of fathering her four-m0nth-old baby. He complied with the paternity test and said, “”I know that I’m going to be a target, but I’m never going to be a victim.” Golden words from a golden boy.

In 2012, oh horror of horrors, Bieber announces he’s had a beer when he’s three years under the legal limit. He turned 18, and said, “I’m 18 years old and I’m a swaggy adult! Come on, swaggy bros!” I still don’t know what that means. Swaggy?

Then he gets in a scuffle with a pap while he’s with Selena. He throws daggers with his eyes at the paps. That pap ended up going to the hospital for chest pains.

On a flight in July 2012, Bieber gets told he’s cursing too much. His people apologize for him. It’s around this time that he and Selena Gomez break up. Then he starts taking pictures with Victoria’s Secret models to forget about losing his first girlfriend.

On a hot summer day in July 2012, he speeds up to 80 mph and calls 911 to complain about the paps chasing him. Not funny business but he files harassment charges against the paps.

Then in late 2012, news comes out that he has a couple of hit men planning to “murder and castrate” Bieber. The two men were hired by a Dana Martin who was so obsessed with Bieber that he had a tattoo of the singer’s face on his leg. Apparently, the three men met in a Las Cruces, NM prison where they started hatching their plan. Thankfully, Martin is serving nearly 1,000 years in prison on charges of murder and rape.

Then comes a new year–2013. A year rife with unpleasant Bieber news. In January, a paparazzi photographer is killed. Then he was photographed smoking what looked suspiciously like a joint.

In February, Bieber doesn’t get any Grammy nominations and his manager throws a hissy fit on Twitter. This leads to a tiff with the Black Keys drummer, who says, ““Grammys are for like music, not for money.” Ouch.

Then there were rumors he cheated on Selena, apparently with Rihanna and others.

In March, he celebrates his 19th birthday and the swanky club where his fancy part is stinks of marijuana. Everyone gets thrown out.

Being late can’t be helped sometimes but two hours late? Bieber had to contend with a bunch of angry fans who booed him for being late for his London concert at the O2.

For a meet and greet, for which Bieber was three hours late, he didn’t acknowledge some of his fans and they didn’t receive any goodies, either. This enraged some parents, one of whom called him an “arrogant git.”

Fast forward a few months, where he gets ill on stage and goes on a Twitter spree talking about God knows what, Bieber is accused of spitting on a DJ in a nightclub. The DJ reportedly was told to not snap photos of the singer.

At a concert, a female fan throws her phone at Bieber. She probably expected him to throw it back but he stuffs it down his pants and then throws it in another direction.

In August, teen singer Ariana Grande posts a photo of herself with Bieber. What did she think was going to happen?

In November, he ‘s caught sneaking out of a Brazilian brothel, reportedly one of the top four such brothels in the world. During his tour in Brazil, he also got thrown out of his hotel for causing too many security problems.

Then there is the graffiti incident in Colombia, and the sleeping Bieber photo that blew up social media.