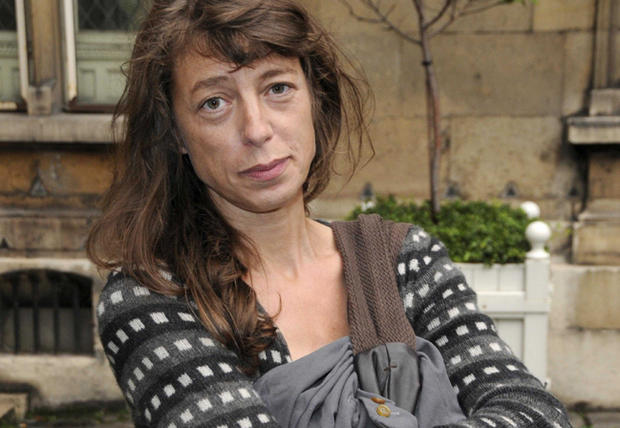 Kate Barry, the daughter of  British actress and vocalist Jane Birkin and James Bond film composer John Barry, died at her Paris flat Wednesday evening. Her body was found on the ground beneath her flat.

It is reported that Barry fell from her fourth-floor flat in the 16th arrondissement, a wealthy neighborhood in Paris. It is suspected the fall may have been a suicide attempt. Police reportedly found antidepressants in Barry’s flat, where she lived alone. An investigation is being conducted to determine the exact cause of Barry’s death. There were no signs of a break-in.

Barry had a history of seeking professional treatment. She had struggled with alcohol and drug problems, and first sought drug rehabilitation at age 17 in London.

Barry, whose parents separated when she was born, was raised by her mother and Serge Gainsbourg until she was 13. Thereafter, she lived with her mother and filmmaker Jacques Doillon. Barry’s half-siblings were actress Charlotte Gainsbourg and model/singer Lou Doillon. Her father died in 2011.

In 1993, after struggling with her own addictions, Barry opened an addiction treatment center in France. She was familiar with Alcoholics Anonymous.

Kate Barry was well known for her fashion photography. Fashion director Daniela Agnelli, who worked with Barry, said the photographer worked well with others and was open about her troubles, especially her drug and alcohol addiction. Barry’s apparent warmth made her approachable with other women she worked with, especially female celebrities, and she was able to put them at ease: “All of this made her such a nice person to be around.”

Kate Barry was evidently close with her 66-year-old mother and her half-siblings, as well as her son, Roman, 26. Barry and her mother often spoke by phone and in fact lived only a few miles apart from each other.

Unlike her half-siblings, Barry preferred to live behind the lens of the public eye. She had grown up with a mother beloved by France but who was very much English. Kate Barry herself always felt British although she lived in France for many years.

Kate Barry was born into a famous family. She may not have wanted to be in the spotlight but when she was born, Jane Birkin loved taking photographs of Kate. Eventually, Kate picked up a Polaroid camera and started snapping photographs herself.

Jane Birkin was born in London, but moved to France after meeting Serge Gainsbourg on a film set in 1968, a relationship that made her famous, and which lasted 13 years. Birkin had daughter Charlotte Gainsbourg, an actress and singer, in 1971. Later, Birkin had daughter, Lou Doillon, in 1982, the product of her relationship with director Jacques Doillon. Birkin famously grieved for Serge after his death in 1991, and lived alone from then on.

Jane Birkin is famously the inspiration for the Birkin bag, which was created especially for her by French design house Hermes. The Birkin bag is the most popular and expensive handbag (running up to $6000).