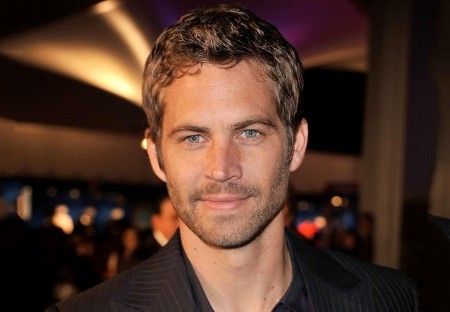 It is an irony so intense that it seems surreal. Paul Walker, who died in a fiery car crash on Nov. 30 this year was cremated on Thursday December 12 ahead of his Saturday, December 14 burial ceremony.

The 40 year-old film star and car enthusiast died when the red Porsche Carrera GT that his friend and business partner Roger Rodas was driving crashed into a light pole and trees. The accident occurred at Valencia, Santa Clarita, California outside a Reach Out Worldwide charity event. The Fast & The Furious star owned the charity and he had been attending the fundraising event on the day he died.

An autopsy showed that the well-liked and respected actor died from injuries sustained from the crash and from the car’s fire. His remains were moved from Hollywood’s Forest Lawn Memorial Park to a Glendale, California crematory before the burial on Saturday when the remains will be interred.

Theories about the cause of the accident that killed both Paul Walker and Roger Rodas have flooded the internet. Police are still investigating the accident and are looking into the speculation that plastic road markings called Bott’s Dotts could have caused the vehicle to hydroplane and crash into the light pole and trees.

The internet has been full of conspiracy theories that blamed the Illuminati; a ritual murder; drug cartels; a government drone along with a blown tire and/or mechanical failure for the crash that killed Rodas and Walker. Film stunt experts have said the the hydroplaning theory makes the most sense and Paul’s family agree. The late film star’s family have spoken to press and confirmed that they believe this is the most logical answer.

In preparation for the Saturday burial ceremony, Paul Walker’s remains have been cremated at a Glendale, California crematory. An unnamed source has said that the family are planning to divide the late actor’s ashes between family members and an urn for interment. This has not be confirmed by the family.

Since the actor’s death fans have flocked to the accident site in Valencia, California. Two men have been arrested for stealing parts of the crashed car and memorials have been held for Walker. Co-stars Vin Diesel and Tyrese Gibson have both paid tearful tributes to their friend and co-star from the Fast & Furious franchise.

Walker had been working on the latest installment, Fast & Furious 7 which began filming in September this year for a 2014 premiere. Production had shut down for the Thanksgiving holiday and it was at this time that Walker died from the crash. Paul’s daughter, 15 year-old Meadow, had been targeted by hoaxers who created a fake Twitter account in her name and a fake Facebook page. In both social media networks, posts had been updated by the hoaxers who claimed to be Meadow. The family’s representatives shut down the Facebook page and informed the public that Meadow did not have a public Twitter account.

The burial ceremony will be a small and simple affair that will most likely consist of family and close relatives. It has been said that the only “non-family” attendees will be Paul’s friends and colleagues from the Fast & Furious franchise.

According to Hollywood Life, Walker’s family were spotted at the Forest Lawn Memorial Park on December 11. They were reportedly looking for a proper burial spot for Walker’s ashes. Paul’s family have said that they wish the burial to be a small private ceremony in order to make it more personal. Paul Walker was cremated on Thursday ahead of the Saturday burial and his remains will be interred on the day.

Paul Walker Has Been Cremated

5 Responses to "Paul Walker Cremated Ahead of Saturday Burial"