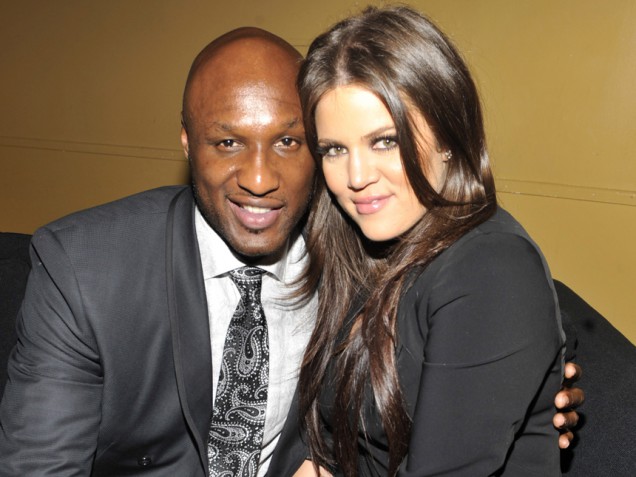 It’s been just six days since Khloe Kardashian filed for divorce from her husband, Lamar Odom. Today the reality star  emerged from the wake of that filing via twitter to say of her pending divorce “(t)his, in and of itself, is heart breaking and torture to my soul.” She followed it up with a plea that she does not need “the extra rumors and BS right now.”

Kardashian’s comment referencing rumors was apparently directed at the flood of reports that emerged in the days following her divorce filing that indicated she was already dating.  Those reports suggested that she may have made a quick rebound from her former NBA star husband to current Los Angeles Dodgers’ outfielder, Matt Kemp. Sources have attempted to discredit those rumors in recent days, explaining that the two are “just friends” and that the heartbroken Kardashian is not interested in dating anyone so soon after filing for divorce.

Kardashian’s mother, Kris Jenner, also weighed in on the rumors that her daughter had quickly jumped into a new relationship following the divorce filing. According to Jenner, Kemp lives in their neighborhood and they enjoy his company, but he is nothing more than a family friend.

Jenner addressed her daughter’s pending divorce this week as well. She reported that Kardashian is demonstrating great strength in moving through the end of her marriage, but that it is still  a painful and challenging process.  She further explained that Kardashian intends to use the “cleansing” experience as an opportunity to learn a life lesson as she moves on. Jenner stated that she loves and stands behind her daughter, but expressed her continued affection for Odom as well.

A recent source reports that Odom is  saddened by the divorce filing and his inability to save the marriage.

Kardashian filed for divorce last Friday after four years of marriage. Court documents officially attribute the divorce to “irreconcilable differences.” The couple’s struggles have long been known to the public, however. Odom has reportedly struggled seriously with alcohol and drug addiction and allegations of his infidelity have plagued their relationship as well. The divorce has clearly been a long time coming and a difficult run for Kardashian.

According to sources it wast a recently released video featuring Odom not only apparently rapping  about his infidelity, but also drunk while doing so. Reportedly it was this virtual proof of his continued substance abuse that pushed Kardashian into finally filing for divorce and starting the process of putting the relationship behind her. A source close to Kardashian has said that she would like to have children but is not interested in starting a family with someone who cannot overcome addiction.

The upcoming ninth season of Keeping Up With The Kardashians is expected to provide an inside look into how the breakdown in their marriage came to be.  Previews for the next season show a glimpse of Khloe Kardashian explaining to her sister Kourtney that she needs to move on and change her life. Though it is a heartbreaking experience for her, it would appear that Khloe has done just that in the wake of filing for divorce.

2 Responses to "Khloe Kardashian ‘Heartbroken’ in Wake of Divorce Filing"