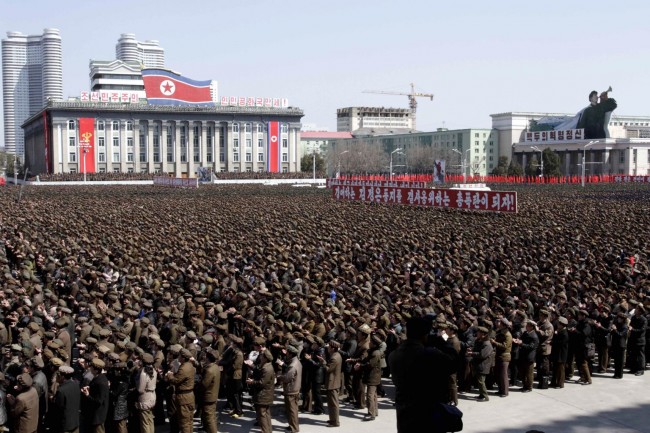 North Korea’s infamous leader, Kim Jong-un, has reportedly summoned “large numbers” of North Korean businessmen working abroad in China back to their home country. The dictator has summoned them in the wake of ordering the very public execution of his uncle, Jang Song Thaek, prompting fears of additional purges.

The executed Jang was second in command to Kim Jong-un and his execution came amid sudden and swift accusations of corruption and disloyalty.  Specific accusations were made that he used the death of Kim Jong-un’s father, Kim Jong-il as an opportunity to seek additional power in the North Korean leadership regime and accusations that he was forming his own faction. Kim Jong-un referred to Jang as “worse than a dog.”

Jang’s duties included managing economic ties with China and he regularly traveled there in the course of his duties. The summoned businessmen were reportedly working in two northeastern Chinese cities, Shenyang and Dandong. They are believed to have been working in China to facilitate trade agreements between the two countries.

It is reportedly feared that the businessmen working abroad in China will meet a similar fate to that of Kim Jong-un’s uncle, Jang due to their association with his work in China.  The regime may make accusations that their allegiance has been to Jang rather than to Kim Jong-un himself, or that they were a part of the alleged faction formed independently by Jang as explanation for another purge of the disloyal.

Experts say that there is a possibility that the execution of Jang could mark the beginning of a “reign of terror” by Kim Jong-un as he attempts to demonstrate his sole power. South Korean intelligence officials have reportedly indicated that two of Jang’s highest ranking aids were also executed in November.

One source has  speculated that the recall of these North Koreans may be related to the upcoming  second anniversary of the death of the young dictator’s much revered father, Kim Jong-il on Dec. 17. The decision to recall them appears quite sudden, however, leading to speculation that it is tied to Jang’s execution. Analysts of the secretive nation have said that the Dec. 17 anniversary may provide the stage for another bold show of power by the leader. Commemorative ceremonies on that day will also provide a look at whether close family member’s of Jang are among those in attendance.

Another source has reported that there may have been plans to order all North Koreans working abroad to return home at some point in the works for some time, unrelated to Jang’s execution.

China is widely considered North Korea’s only significant ally and the execution of Jang has left uncertainty as to the fate of that relationship.  Jang was the primary link in building relations between the two countries, and in fact, Kim Jong-un has yet to visit China during his rule.  Thus far, China has officially referred to Jang’s execution as a “domestic issue” and has refused any further comment.

Experts say that China does not likely see Jang’s execution and the subsequent summoning of North Koreans abroad back home amid fears of additional purges as “a welcome development” to the already precarious relationship. There is further speculation that China may be revisiting contingency plans as to what to do if there is a breakdown or complete collapse of the North Korean regime. Such events could have serious nuclear implications and create the possibility of large numbers of refugees seeking to cross their borders.