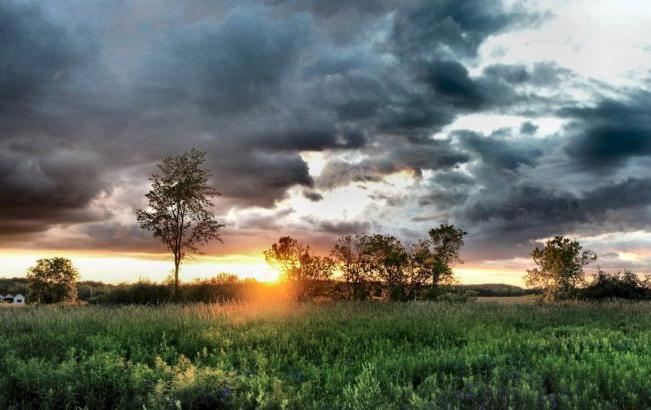 Global Warming proponents want us to believe that if the climate changes even a fraction of a degree in either direction, it will mean the end of life as we know it. This presupposes that the current climate -or the climate Earth enjoyed 100 years ago- is the very best possible climate for humanity. What seems to be glossed over is that Global Warming, should it actually happen, will bring a lot of benefits to mankind. It has every time it’s happened, in the past.

The “climate change narrative” goes something like this: Increases in the atmosphere of various anthropogenic greenhouse gasses, principally carbon dioxide (CO2), have been causing a “fever” in the Earth’s temperature. All of that warming will eventually cause the Polar icecaps and glaciers to melt away. Which will in turn kill off polar bears, make the ocean levels rise anywhere from 2 to 20 feet, bring about terrible coastal flooding and turn farms into deserts. Presumably because there will be less rain and less water for irrigation.

The higher temperatures will also cause more hurricanes, volcanism, tornadoes, droughts, floods, insect born diseases, crime, spousal abuse and prostitution, as reported by a typical global warming write-up. The laundry list of evils mankind is supposedly foisting upon itself is beyond Biblical.

For the sake of argument, assume the causes for global warming genuinely obtain: The levels of CO2 are increasing, so the Earth’s average temperatures are going up. Does that necessarily mean mankind will see coastal cities turned into swamps, or that current agriculture will dry up and fail? Not at all. Actually, that scenario has it completely backward.

To understand what occurs to water when the Earth’s average temperature heats up, one must look at the scientific principles involved. There is only a finite, fixed amount of water on the planet. Most of the Earth’s total water, 97.5 percent, is salty and undrinkable oceans. That leaves 2.5 percent of the Earth’s total water as fresh. 99.6 percent of all that fresh water is locked up at the the polar ice caps, hidden as groundwater or trapped as permafrost. Which means only .4 percent of the total fresh water on the planet is actually available for human use.

That fresh water exists as lakes, rivers and soil moisture, or evaporate and clouds. Most of that liquid is actively cycling back to the oceans. Changes in the Earth’s temperature can only change percentages, it cannot change totals. As everyone knows, what goes up, must come down. That includes water.

If the Earth’s average temperatures increase, atmospheric moisture content would make it rain more, not less. Farmland would become more productive, Greenland would become green again, growing seasons would last longer and available irrigation would increase. All, while the beaches around the world remained pretty much where they are.

Conversely, if global average temperatures were to decrease significantly, there would be far less of all those wonderful benefits. Almost every major drought and famine in history has been accompanied by severe winters, not summers. Prolonged cold is what destroys agriculture, induces famine and halts societal evolution.

In recorded history, every time mankind experience global warming it has spurred exploration, population growth, larger more productive communities and in some cases, allowed great Cathedrals and Megalithic Monuments to be built. The better crop yields and additional harvests freed up manpower. Artisans and craftsmen cannot produce if they are too busy trying to feed themselves. When global warming has happened, the benefits to mankind can still be seen standing at places like Notre Dame and the Giza plateau.

Okay, so the crops won’t fail. But what about the ice caps melting?

The Polar regions can endure significant temperature jumps for reasonable periods of time. Northern Alaska enjoys temperatures from 68 to 80 degrees Fahrenheit, during July and August. Antarctica is far colder, with high temperatures only reaching the mid-50s briefly in January, which is why it gets the least precipitation in the world, making it technically a desert. It is so cold that even if Global Warming heated thing up a full 4 degrees, yearly average temperatures would still remain well below freezing. Higher temperatures would actually lead to more snowfall, which would only increase the amount of ice on the continent. 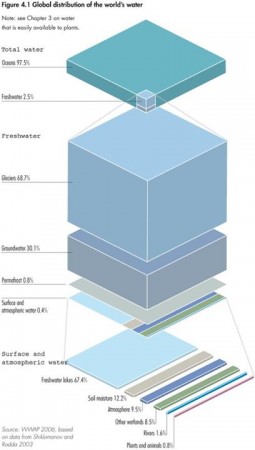 But even if the “lasting” greenhouse scenario comes true and the Polar ice caps melted, wouldn’t ocean levels rise?

First consider the Northern ice cap. Contrary to popular misconception, there is no “land” under the North Pole. It consists entirely of ice floating on deep water. Instead of becoming denser as it turns from a liquid to a solid, water expands. Ice is actually 10 percent less dense than liquid water, so it occupies 10 percent more space. This is why icebergs float and only 10 percent of their true bulk shows above water.

If the Northern ice cap melted completely, there would be zero change in sea levels. To see how this works, put a few ice cubes in a glass; fill it to the brim with water, then place it near a heat source. If the climate change camp were correct, the glass would overflow and water would pour out. Instead, the water level will remain exactly the same, then drop slowly as the water evaporates.

The Northern ice cap, plus all the glaciers and snow on all the continents put together, actually only account for about 10 percent of the Earth’s frozen fresh water. The other 90 percent is located on Antarctica, frozen solid. Unlike the Arctic however, Antarctica is a genuine continent. The ice there is sometimes a mile thick, sitting on land. If it all melted, it would affect sea levels to some degree.

How likely is all that land-locked ice on Antarctica to ever melt?

The average yearly high temperature across Antarctica is -49 degrees Fahrenheit, with temperatures as low as -135.8 degrees recorded just this month. Even the most dire prognostications of anthropogenic global warming models, only predict a sustained rise of 2 to 4 degrees. That would mean Antarctica -worst case scenario- would see an average high of -45 degrees Fahrenheit. How much ice melts at -45 degrees?

Remember that the oceans account for 97.5 percent of all the world’s water. If 10 percent of the Antarctic continental ice sheet were to melt completely away – a physical impossibility – it would only mean an extra .22 percent total water volume, was added to the oceans. That would cause a “rise” measurable in single digit inches. We only hear those “oceans will rise 20 feet!” claims from people trying to sell movie tickets.

The people receiving billions in grant money will also try to report that “fresh water will dilute the salt water, and wreck the Oceanic Heat Conveyor!” Again, they hope you’ll forget about evaporation rates in warmer climes. Evaporated water has left all its salt behind. In fact, that’s how potable water is produced on ships at sea. So even if the entire north pole to melted, oceanic saline levels would remain fairly constant.

Earth’s oceans are almost unfathomably huge. In order for atmospheric temperature changes to effect oceanic averages, they need to be sustained for at least eight hundred years. Climate scientists know this, because Co2 is released from the oceans only after certain higher oceanic temperatures are reached. Ice cores keep excellent records.

The oceans’ stubborn habit of maintaining median temperatures for very long periods of time, is how they serve to maintain a fairly regular, mild climate here on Earth. Despite shifts in weather and winds. The AGW crowd however, seems to be under the impression that 40 or 50 years is all it should take. At least, that is what they are actively trying to convince the public -and the governments who supply them with grants- of. ‘Follow the money’ is still a good suggestion in situations like these.

Bottom line here: IF the Anthropogenic Global Warming crowd is dead-on, 100 percent correct and the 4 degree rise in temperature actually happens, mankind will benefit from crops being more plentiful, poorer countries enjoying more prosperity and fresh water resources increasing, globally. Meanwhile the oceans remain pretty much where they are. How is that a bad thing?