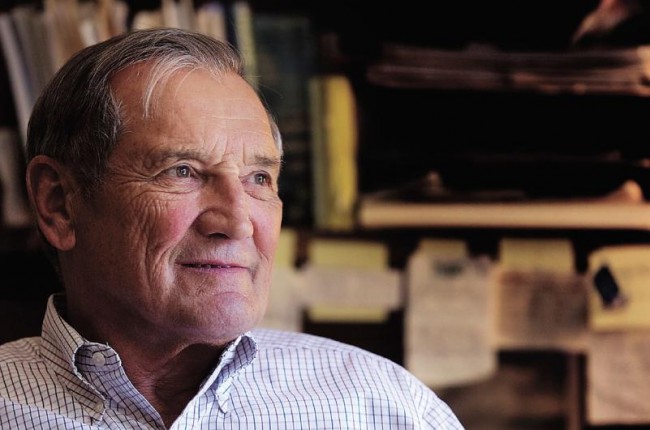 An 85 year-old U.S. veteran of the Korean War has been detained for almost a month in North Korea, after being removed from his departing flight in Pyongyang just before takeoff. Merrill Newman of Palo Alto, California, on a 10-day tourist visit, had discussed his role in the war with North Korean officials before the day of his departure, but thought little of the conversation. The reasons behind his detainment are highly speculative.

In the past, American journalists and proselytizers have been detained and imprisoned in North Korea. Merrill Newman is an 85 year-old man merely vacationing in the country. As the Swedish consulate endeavors to negotiate his release, Newman remains locked-up, potentially without the medications he requires. His family believes it must be a misunderstanding and highly doubts it could have anything to do with his involvement in the war 60 years ago.

Will Newman be used as a bargaining chip for political negotiations? So far, this does not seem to be the case. The State Department released a travel advisory against visiting North Korea, basically because if you are a U.S. citizen, they might throw you in jail if they feel like it. America must pray for Newman’s safe and immediate return, and hope he remains in good health.

As Americans, trying to find a rational reason for North Korean’s actions here is the natural response. Maybe, this is a misunderstanding. Maybe, they are holding him hostage. Maybe, they wanted to pick on an old man, or they hold a grudge against this former infantryman for participating in the Korean War. Trying to find what most would call a rational reason is pointless. They did it because they can. They are unpredictable and have nuclear weapons. Maybe this was just another demonstration of their unpredictability. Arresting an 85-year-old man reminds the U.S. they can never know exactly what cards they are holding.

What will it take for action to be taken? Will it take an act of aggression by the North Koreans more impactful or deadly than this? Merrill Newman fought for this country and has been taken prisoner for no reason other than being American. Several other U.S. citizens have been taken prisoner over the last few years, simply because the North Koreans can, and they know it. Most likely no action can be taken. They will continue to perpetrate small acts such as this, because they know Americans fear their nuclear capabilities.

But again, this is all speculation. To presume to have any clue what it is like to live in that country and be raised under their rulers and ideology, when growing up in America, is vanity. What is rational to an American may be completely irrational to a North Korean, and vice versa. For whatever reasons, America is their most hated enemy and in their minds, their reasons may be wholeheartedly just, however wrong.

Obviously, no American should ever travel to North Korea again. They are dangerous, unpredictable, and little can be done if they decide to take a U.S. citizen prisoner. Hopefully, China or Sweden can get Merrill Newman back to his family as quickly as possible, as the U.S. has no diplomatic relations with North Korea. Pray for his health, safety, and speedy return.