Filibuster Power Limited by Senate: Did They Have a Choice? 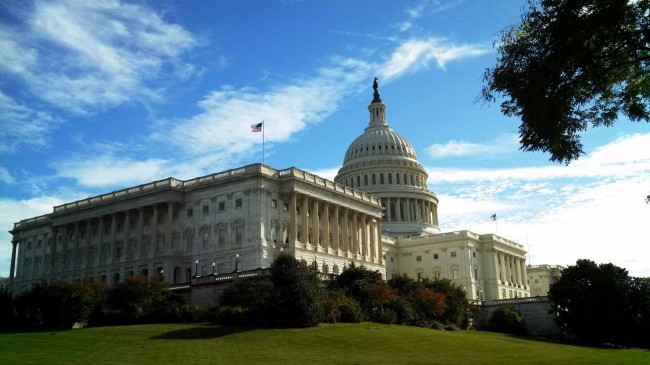 When the public acts, too often only the problems of today are addressed. The Senate, which holds a Democratic majority, adjusted their filibuster rules, making it easier for presidential nominations in the executive and judicial branches (except Supreme Court nominations) to be confirmed. Senatorial confirmation of nominees now requires 51 votes, while previously it was 60. Filibuster tactics by the minority power of the Senate, currently Republicans, has, therefore, been weakened: once the 51 vote threshold is reached, the Senate’s role in confirmation basically ends. While this heavily contested action helps Democrats achieve their goals, how will it impact future administrations?

The fear of further damage to relationships between Democrats and Republicans in the Senate and throughout the government warrants consideration. But really, can it get any worse? Democrats have the next few years to promote their agenda and establish their legacy. Thankfully, political power is limited by two-term presidencies and the need for re-election every few years in other branches. Consequentially, the ambition of current leaders who have won their posts forces them to want to get things done right now.

Do they worry about the consequences their actions will have for their predecessors? Most likely, but sometimes they must put future considerations aside. With a Democrat in the White House and a majority in the Senate, they want to accomplish as much as they can. The current division between Democrats and Republicans inhibits progress of almost any kind and this is unlikely to change. So the Democrats in the Senate figure they might as well get things done while they can, and let the next generation worry about it.

What happens in the future when the Republicans gain majority control of the Senate? Will current Democrats be pleased with the rule change they made today? Or what if one of the parties manages to gain control of the House, Senate, and the White House? One-sided platforms will dominate and the minority voice will drown. When the checks and balances are scaled back, i.e. weakening filibusters, less Americans voices are heard.

Maybe the Democrats figured to take what one can get, when one can get it. While their action today does not change Senatorial filibustering for legislation or Supreme Court nominations, the potential for filibustering backlash when attempting to confirm in these other areas may arise, for no other reason than retribution. Supreme Court nominations and legislation are potentially much more important than the executive and judicial nominations that may be eased by the Senate’s actions today.

But is it wrong? If nothing gets done in the government, because of political division, should the public not want some action to be taken to get the wheels moving? Possibly, but at what cost? The minority voice suffers and it all comes back to who can win more elections. But is the race for Republican or Democrat majority control of the governmental bodies not where the state of politics in this country is anyways? And if the checks and balances are weakened, does the public not risk one party controlling the entire government, at least till the next elections?

The answer is yes, but maybe it is better than what is in effect now. Potentially, the public could have at least 8 years of Republican control, or 8 years of Democratic control, until the people decide they had enough and vote them out, or keep them. Would not a functioning government, either Republic or Democratic, be better than one in stalemate? Maybe they should take turns – the Democrats and Republicans could alternate running the country for 4 years. Isn’t that as viable a Democratic system as the one presented now, except it functions? Each party (and the Americans they represent) gets heard and puts policies into place. Those policies that work extremely well can be maintained or tweaked, while those that fail can be eliminated or repaired.

The alternate domination of one faction over another, sharpened by the spirit of revenge, natural to party dissension, which in different ages and countries has perpetrated the most horrid enormities, is itself a frightful despotism. But this leads at length to a more formal and permanent despotism. The disorders and miseries, which result, gradually incline the minds of men to seek security and repose in the absolute power of an individual; and sooner or later the chief of some prevailing faction, more able or more fortunate than his competitors, turns this disposition to the purposes of his own elevation, on the ruins of Public Liberty.

Washington warned of the danger of political parties. Well, the nation obviously ignored him, but it is what it is. The Checks and Balances of this system combined with party division have rendered the government incapable of serious change. Washington speaks of alternating domination of one group over another and that is what is presented. The nation cannot go back. Citizens are too divided. So maybe the answer is to run with it. Public liberty is in ruins and Americans have seen the frightful despotism. But Americans cannot start over (and thankfully an individual with absolute power has not overtaken), so let each party take turns running the country.

Removing more checks and balances and a fluke election where one party wins the House, Senate and Presidency would create this political state anyways. There are many more checks and balances in place, but apparently, at least in the eyes of the Democrats in the Senate, the only way to get things done anymore is to remove them. While it is practical for them, and short-sighted for the future, it will help them get things done – at least till the next elections.