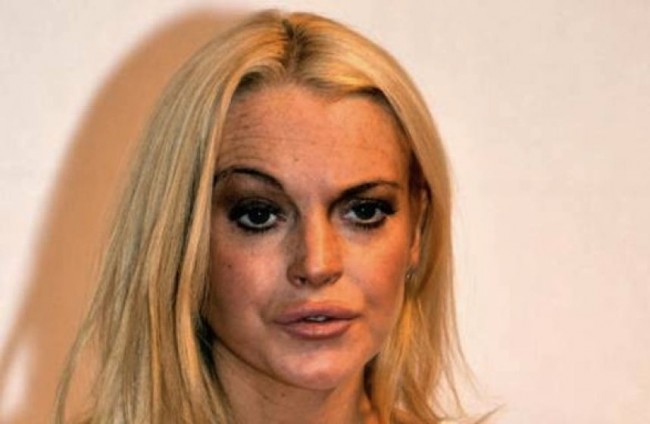 Words no one ever thought they would hear: “Lindsay Lohan is innocent,” but for once it’s actually true – or so says Barron Hilton’s attacker. It’s been described as a “brutal attack,” but, as usual, it’s pretty hard to get the facts straight. However, the he-said-she-said story is slowly unfolding.

The incident took place at a rental home that Ray Lemoine had been using for the past few days. As a favor to a friend, Lemoine offered his place to Lohan to stay for a few days. Barron Hilton, little brother to Paris Hilton, had also been spending some time partying over there at the same time. Anyone that keeps up with the latest gossip between Lohan and sister Hilton can tell that this was the making of a perfect storm. 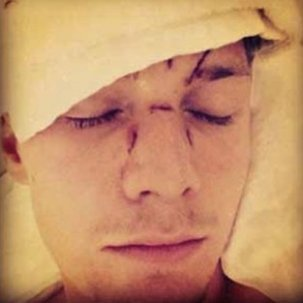 There are basically only two things that are even remotely considerable as facts.Various witnesses all suggest that some harsh words were definitely exchanged between Lohan and Hilton before the smack down took place and Lemoine admits to redecorating Hilton’s face with his fists. Where the story starts to split ways is right after that.

Hilton says that after their discourse, Lohan ordered to have her friends gang up on Hilton and beat him up. Initially he didn’t even know the name of his attacker, according to Police investigations of the incident. The only thing he knew was that his sister’s arch nemesis was behind it. Lohan, however, denies having anything to do with it. Even Lemoine, who actually did the face inversion, boasts that it was entirely his own actions.

He claims that it all took place when Hilton refused to leave the home. After pulling the “do-you-know-who-I-am?” card with Lemoine, that was the last straw. The frustrated Miami beach home renter allegedly decided to take matters into his own hands at this point.

Although Lohan insists that she wasn’t even there during the attack, video footage has come to light showing Hilton confronting the “innocently absent” Lohan in front of an SUV. During the footage, she taunts the injured Hilton, but still confirms that she saw nothing. However, seeing nothing certainly does not mean that she had nothing to do with it. Barron Hilton’s attacker supports Lohan to the end and still says that Lohan is innocent.

Whether anyone believes Lemoine’s confession is irrelevant to big sister Hilton. “They both will pay for what they did. No one f***s with my family and gets away with it!!” posts the social media diva. It doesn’t sound like she’s letting this incident go down without another fight. The two girls have been feuding ever since 2006 when a friend of Hilton’s was caught bashing Lohan 4 minutes in a video that went viral.  Believe it or not, these girls can hold a grudge.

Despite what started it all, it’s doubtful that anyone saw it going this far from a little video. On second thought, knowing these two girls’ histories, maybe this might be a little predictable after all. The fact of the matter is, there are no facts. Lohan may have asked for Hilton to get a beat down. Hilton may have had it coming. At the end of the day, Lemoine, Hitlon’s attacker, still says that Lohan is innocent.