By Mike Hogan on December 14, 2013Comments Off on Megyn Kelly Disingenuous for FOX 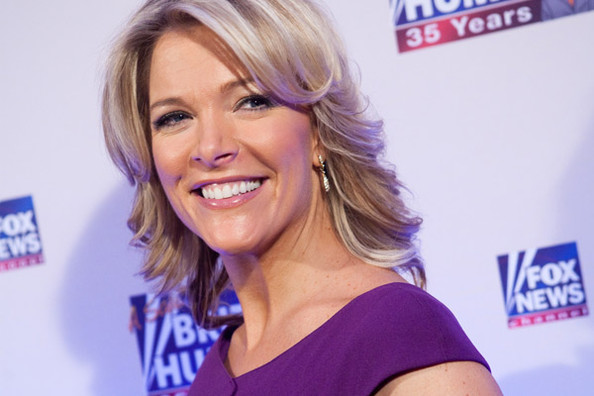 Megyn Kelly of Fox News Channel, distinguished her disingenuous self this week in her response to an article by Aisha Harris.

Harris has said that although she’d written her article somewhat tongue-in-cheek, she did mean to raise the issue of the cultural disconnect that can occur when a minority assimilates itself into the culture at large and when that culture is possessed of mythic figures who, in one way or another, do not correspond to members of the assimilated minority.

What is this all about? It’s about White Santa or Black Santa. It’s about white Jesus or not-white Jesus. It’s about the possessive nature of the those who believe themselves to be the elect, the institutions that encourage them, and the chronic and unfortunate drive to define one’s identity more by exclusion than inclusion.

Harris wrote that “white” need not be the default button when it comes to portrayals of Santa Claus. Her reasons are clear and apparently heartfelt: She claims that as a child it was hurtful to know that at a very basic level, the color of her skin, she didn’t see herself as a member of the “group” or segment of the population from whom Santa Claus, a secular Papa-God, had sprung whole, good and generous – the kind of father-God most people seek or hope for.

Megyn Kelly read the article, saw the hook in the water and decided not to swim on by. She bit hard and only succeeded in sounding ridiculous when she missed the point and argued and applied objective facts to the ephemera of culture and history. She declared ex cathedra and infallible that not only is Santa white, but Jesus was white too.

If Megyn Kelly worked for a broadcast company other than Fox, which doesn’t publish a thing unless it passes under the watchful eyes of its inimitable leader, former Nixon aide and right wing stategist, Roger Ailes, then her statements might not have been deemed so provocative. But she does and they are.

Harris’s column and Kelly’s response, as well as Harris’s reply and Kelly’s sur-reply, all reference surface items and appear substantive, but the real fight is going on underneath the articulation, the words spoken or printed. The real fight is in the unspoken, unwritten subtext, and one need not be a genius to see what the fight is about.

First, ask the question: What impelled Megyn Kelly to take such exception in the first place? Did Aisha Harris pose some threat to some cherished memory of the white and portly Papa Christmas surprising little Megyn with a Barbie Doll (who’s also white) while all the other white folk prepared to sit down to a Christmas dinner full of love and cheer? Does the notion of a black Santa just tear it for Ms. Kelly and all those who invest their memories of childhood with golden bows and solstice candles and Fanny and Alexander running with all-loving family in a line dance particular to their tradition? Does the notion of a black Santa so offend Santa, himself, who only exists, by the way, in each individual’s imagination and desires that, as they say: “it’s just not done.”  Did Harris’s column and concerns cut too close to the equanimity-bone that seeks balance, though to obtain balance might mean rethinking some cultural no-fly zones, buttressed as they are by memories as hard as stone and as fallible as memories tend to be?

Yes, Virginia there is a Santa Claus, and isn’t everyone happy and proud of all that love, generosity, kindness, tolerance and the rest. But on Christmas Eve when the children finally go to bed, the adults sit around the tree, knocking back one more for the big guy. They eye each other and wonder who’ll be the first to drag the presents up from the basement, cementing the hard fact will be Santa’s a myth, and myths don’t do the heavy lifting.

Whatever appearance Santa has in the mind of each person is an amalgam of features drawn from dreams, desires, imaginations, a 19th Century poem, countless movies, songs, musicals, TV shows and the advertisements that pay for same. The question why Ms. Kelly got so worked up over the perceived war on Christmas and Santa’s skin color would have been difficult to answer, but for the statement she made concerning Jesus of Nazareth, a middle eastern Jew born in Palestine about 2000 years ago. Ms. Kelly informed the world that Jesus, like Santa, was also white. Kelly, who admits and defends Jesus’s historicity, his physical presence in time and space, makes an error common to many when she transposes the “cultural Jesus,” known through the arts, the paintings and the movies, for the historical Jesus, known through scripture, the writings of Josephus, and the work of anthropologists and other scholars. Unless the Fox News personnel office has expanded the definition of Caucasian to include middle eastern Palestinians, known for their deep olive complexions, black hair and black eyes, then Jesus would have stood beyond the limits of what most people today consider to be Caucasian or white.

As if any of this means anything or should mean anything to anybody in a generation that professes to support Martin Luther King’s most beautiful admonition: that a person be judged not on the color of his skin, but by the content of his character.

And yet, Ms. Kelly’s assertions concerning her white Jesus tipped her mitt, so to speak, and offered a window on the subtext that is the real reason for the discomfort she’s caused. It also is the reason for the depth of feeling expressed in reaction to her statements, and, unfortunately, for the hatemail both Kelly and Harris received.

Ms. Kelly’s words reveal the kind of ignorance that resists those facts, which, had they been examined, would challenge an unexamined belief that has become for Ms. Kelly and others an unexamined truth. Ms. Kelly and others won’t allow themselves to examine the probable melanin content of Jesus’s skin, because if it turns out (and more likely than not it would), that Jesus was olive skinned or black or in any way significantly different than Ms. Kelly’s alabaster white skin, it would be an inconvenient fact, an inconvenient truth. It would upset the underlying beliefs to which she clings with white knuckles, in the same way she’d cling to Jesus’s neck if she could, less out of respect or love and more out of some misguided sense of ownership and possession.

What Ms. Kelly’s been saying all along, without saying it in her disingenuous way, is this: That she’s good, chosen, selected and entitled. That she and people like her, people who look like her and believe the same things she believes comprise a clique. Their clique is also chosen. They are the elect, the ones God and His Son and the Third Guy have selected to sit next to Him in heaven after having enjoyed the choice seats on earth. For them, Jesus is not just God made man, he’s also one of theirs, and when He returns He’ll go to their homes for fondue and merlot. They know this  because 2,000 years of western civilization have told them so.

On the other hand, through no fault of Ms. Kelly’s or the other members of her group, there are other people out there who are not like them. And those other people do not look like Jesus. And their claims upon His time and attention are inferior to the elect. Whether those other people want to interpret that as being less than, as being unable to measure up, as being not good enough, is up to them. The bottom line remains. Jesus, like Santa, belongs to Megyn Kelly and her friends. He’s theirs, and he does not belong to others. In a capsule: God’s white, Ms. Kelly and her friends are white and the other people are not.

This subtext, by definition neither stated nor written down, yet all too present, is as intolerable and as ugly as any racist remark or belief. Even though nobody’s articulated the subtext before this, the responses and reactions on both sides comport with the unavoidable fact that behind Ms. Kelly’s disingenuous “what did I do to cause all this uproar?” There’s more here than what meets the eye. And what meets the eye is more than the skin color of the guy in red or the young man who was crucified all those years ago.