Tiger Woods and His Relationship With Siblings

By Earnestine Jones on December 14, 20133 Comments 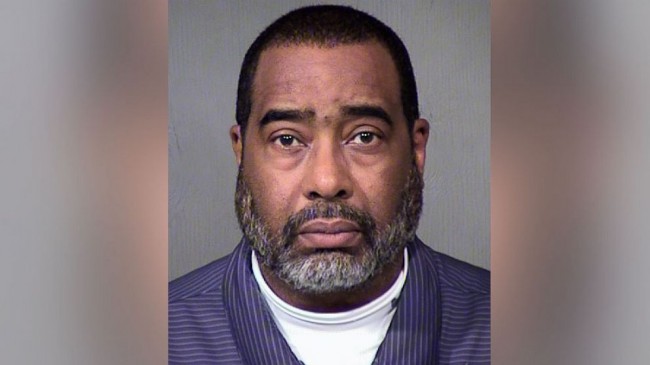 What exactly happened to Tiger Woods’ relationship with his siblings? Or better yet, who knew that Woods had siblings? These questions have come up again in light of the arrest of Woods’ eldest brother Earl Woods on Thursday.

Earl Dennison Woods Jr. is the eldest son of Earl Woods Sr. and Barbara Gray.  The couple had two other children, Royce and Kevin.  The three half-siblings have remained out of the spotlight the majority of Tiger Woods’ career. In early interviews the siblings discussed how their famous baby brother never mentioned them, but they would speak of the situation as if it did not bother them.  They would talk only of their love for their brother, denying accusations that he is arrogant and defending him against the media.  They did admit, however, that they were no longer as close to their brother as they were prior to his becoming famous.

It seemed all was well between the Woods siblings but along the way something happened to the close relationship between the older siblings and the much younger Tiger Woods. In 2010 Earl Jr. appeared on an interview with CNN claiming that he had not seen or spoken to his half brother since the day of their father’s funeral.  In the interview titled Tiger Woods’ Older Brother Speaks Out, Earl explained how he was trying to notify Woods of their brother Kevin’s illness with no avail.  Still defending his brother’s actions, he claimed that his father’s death may have left Woods questioning who he is and may be the reason behind  avoiding the family.  In an interview with Rick Reilly earlier this year, Earl Jr. stated, “My dad was a bonding agent. He encouraged us to keep in touch, protect each other, circle the wagons.”

Kevin Woods was diagnosed with multiple sclerosis in 2009.  In his coverage of the family, Rick Reilly describes Kevin sitting in a wheelchair with his face glued to the television. He was proudly watching his younger brother play in the Masters. Reilly states that through all the drama within the family Kevin has remained a big fan.  Though Kevin states that he understands that Woods is busy and does not to try to reach him himself, older brother Earl has taken the task upon himself, continually trying different means.  Earl Jr. pointed out that he and his siblings have never asked Woods for any money in the past, but with Kevin’s illness there is some need of assistance from their brother.

Woods was very close to his only sister, Royce, during his college years.  According to Reilly, when Woods was in college his half-sister would do his laundry and make him meals.  To thank her, Woods bought her a house, which Royce claimed she would happily give away in exchange for a renewed relationship with her brother.  Royce is the care taker of the family.  She also took care of Earl Sr. during his battle with pancreatic cancer, moving in to his home in 2005 to assist with his care. Kevin Woods quit his job due to his illness, and at the time of the interview with Reilly he was in danger of losing his home.  Royce assisted him at times, taking him to his appointments and providing whatever care he required.

Cheyenne Woods, a professional golfer like her uncle, is reportedly the only member of the family that Tiger is in contact with. Cheyenne is the daughter of Earl Woods Jr. and is well-known for her skill in golf.

According to the Associated Press, Earl Woods Jr. called the desk of the Arizona Department of Economic Security at 8:30 am, Thursday, claiming that he had a bomb and would blow the building down. Earl who voluntarily turned himself in stated that it was all a joke, and that he meant no harm. Earl is reported to have been employed at DES and may have been involved in an incident the day before, which may have provoked him to pull the prank.

In his commentary Rick Reilly states that there is obviously something that happened between the Woods’ siblings that has caused a rift in their relationship.  What the something is remains a mystery to Earl Jr., Kevin, and Royce.  With Earl Jr. now facing charges for Thursday’s incident there may  finally be reconciliation.

3 Responses to "Tiger Woods and His Relationship With Siblings"