Mexico Radioactive Material Has Been Found 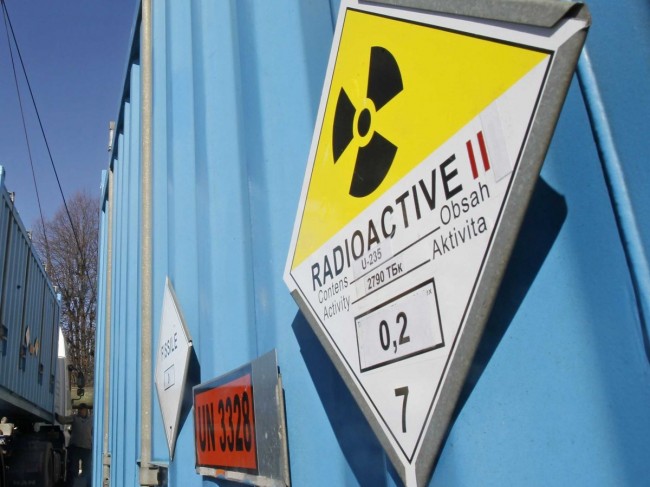 The stolen radioactive material, cobalt-60, which had been reported missing in Mexico on Wednesday has been recovered and there is not any risk to the neighboring population, stated a Mexico official.

The Mexican authorities have been in a scramble to try and find the stolen vehicle that was carrying the substance, which was pilfered by two gunmen.

The extremely high radioactive substance was discovered in an empty lot around a half a mile from the Mexican agricultural town of Hueypoxtla. It has around 4,000 people, but there was no need to evacuate anyone stated the director general of the National Commission of Nuclear Safety and Safeguards.

Luckily, there ended up being no individuals where the radioactivity source was.

Mexico police officials had stated that the medical apparatus had 60 grams of cobalt-60 when it went missing. This is enough of an amount which specialists explain could easily be sufficient to construct something known as a “dirty bomb” if it had happened to fall into the wrong individuals hands. This has happened before, such as back in 1987 in Brazil, 1999 in Turkey, 2000 in Thailand and 2010 in India.

The truck driver communicated to investigators that the both gunmen approached him at a gas station where they proceeded to tie him up and then they drove away in the truck. That was according to a copy of the given testimony which was given to the Hidalgo government prosecutor’s office.

One of the managers of the service station, which is located about an hour north of Mexico City, explained that the truck driver seemed to have stopped in a parking lot across the street in order to rest for the night.

The radioactive substance had come from a hospital that was located in the northwestern city of Tijuana and was on the way to a storing center in the principal state of Mexico.

An IAEA statement was released and it read that at the time the truck was stolen, the radioactive source was appropriately safeguarded. However, the material could have been very dangerous to any person if the substance would have been taken out of its shielding, or if it had been damaged. That does not appear to be the case with what they have found.

The searches that were launched in six different Mexico states and also Mexico City for the white truck apparently paid off.

Mexico’s drug cartels have expanded their illegal undertakings in the recent years. They now steal minerals and oil, but officials have not released just who the cobalt 60 robbers just actually might be.

Cobalt 60 is a radioactive element made from the metallic component cobalt. The gamma rays it gives off kills cancer tumors.

However, if a person touches, ingests or even is just close to it, it can cause types of cancer to begin growing in the human body. In fact direct exposure to cobalt 60 could even result in instant death within a couple minutes if exposed to enough of it. There were searches done of hospitals in the area to see if anyone had come in with radioactivity exposure illnesses.

The source that had been stolen and then found was one that was extremely strong. However, even this particular element of cobalt- 60 posed no threat to human beings if it was kept at least 500 yards away.

Cobalt-60 is also used to illuminate food, sterilize health care products and measure densities and other properties in industrial progressions.

These Mexico investigators did not know what the exact weight of cobalt was, but they stated this amount was the biggest amount stolen in recent recollection, and the size and amount of the material was what caused the global alert.

Before the container was discovered, it is actually believed that the two thieves probably just wanted the white truck because it had the crane.

There is nothing at all to indicate that this theft was planned or was meant to be an act of terrorism.

Accidental thefts of radioactive substances are actually not uncommon, said another Mexico official that was unauthorized to speak about the case. In some of these incidents, the radioactive sources end up being sold as scrap of some sort and therefore cause very serious harm to the people who unintentionally come in contact with the substance.

In a Mexican case back in the 1970’s, one robber died and the other was severely injured when they opened up a container that held radioactive material.

All foundries that are in Mexico now contain specific equipment in order to detect such radioactive material before they accept it as scrap.

Mexico authorities are just happy the radioactive material has been found.