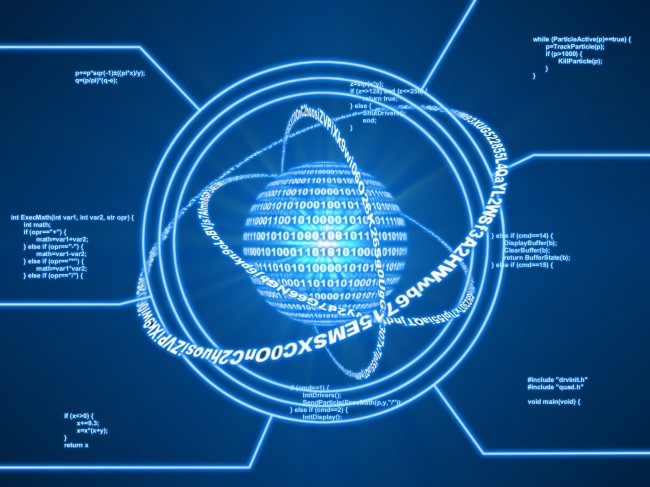 Quantum mechanics may seem like one of those subjects that needs to be simplified, like Microsoft Windows or calculus, but the theories encompassed by the term seek to demystify many unexplained phenomena of the universe. Scientists are even looking in the direction of quantum mechanics proving the existence of an “afterlife”.

Quantum mechanics is all about paradoxes, like how light can exist as both a wave and a particle. It deals with mathematical measurements at the quantum level, that is, the level of subatomic particles. Electrons and neutrons, the parts of an atom and the level where energy becomes matter. At the heart of quantum mechanics lie the Planck constant expressed in the equation: E = hv, where E is a particle of light called a photon, v is its frequency, and h is a constant factor by which a photon’s frequency is measured and determined. This explains the differences in the frequencies of light, radio waves, and high frequency photons such as gamma and x-rays. Further more, quantum mechanics claims that certain phenomena can only demonstrate minute—quantum level—changes.

Quantum entanglement, the connection of particles and their behavior irregardless of distance, is one of many theories encompassed by quantum mechanics. On the other side of the fence is the Theory of Relativity, which explains the universe on a macro level. Things like suns going supernova, time and its effect, gravity, and the movements of heavenly bodies. Scientists have been trying to come up with a unified theory, or Theory of Everything to encompass all of these things and to provide a framework for any experiment to produce consistent results all of the time. One of the impediments to this reconciliation can be illustrated by the inability of quantum mechanics to explain gravitation and the electromagnetic field with the same set of theories such as renormalization, which is a set of techniques used to explain infinities in calculated quantities. This unified theory would also need to take into account the strong and weak forces which permeates everything from the molecules that hold living bodies together to the celestial dance of the universe.

Physicist Yakir Aharonov at Tel Aviv University and his coauthors at Chapman University in the US recently published a paper in the New Journal of Physics putting forth the theory of quantum Cheshire Cats, or the possibility of the existence of polarization without photons. An aspect of quantum mechanics simplified, this theory would illustrate the ability to make precision quantum measurements by removing unwanted properties. The basic experiment has photons passing with 100% certainty through the left arm of an interferometer, a device used to measure small displacements and changes in refractive index, among other things. The polarization of the photons can be detected in the right arm where the photons themselves have a zero chance of passing through. In actuality, the photons are separated from their polarization. Polarization (waves), as in light, is the oscillations perpendicular to a transverse wave’s direction of travel. For example, sunlight passing through a person’s shades has had most of its light polarized. The problem with this first experiment is that it does not measure the photons and their polarization simultaneously, but only some of the photons and their polarization at different times.

The physicists introduced two variations to the original experiment. One shows that simultaneous measurement of the photons and their polarization causes the photons to change direction. The act of measuring affects the outcome and the paradox vanishes. The second one goes a step further by taking a weak measurement, one that is less precise, accepting the tradeoff between disturbance and precision.

Paradoxes abound in quantum mechanics even as the theory seeks to explain and encompass such things as teleportation, wormholes, quantum singularities and a host of other phenomena that occur at the quantum level, simplifying how the universe interacts with itself. As of yet there is no truly workable Theory of Everything that deals with every interaction on the quantum level and above. But then again at one time in history no one could prove that the earth revolved around the sun.

Wormholes might Be Linked with Spooky Phenomenon of Quantum Entanglement

A Link Between Wormholes and Quantum Entanglement