By Jennifer Pfalz on December 5, 2013Comments Off on Mexico Truck Thieves Should Prepare to Die 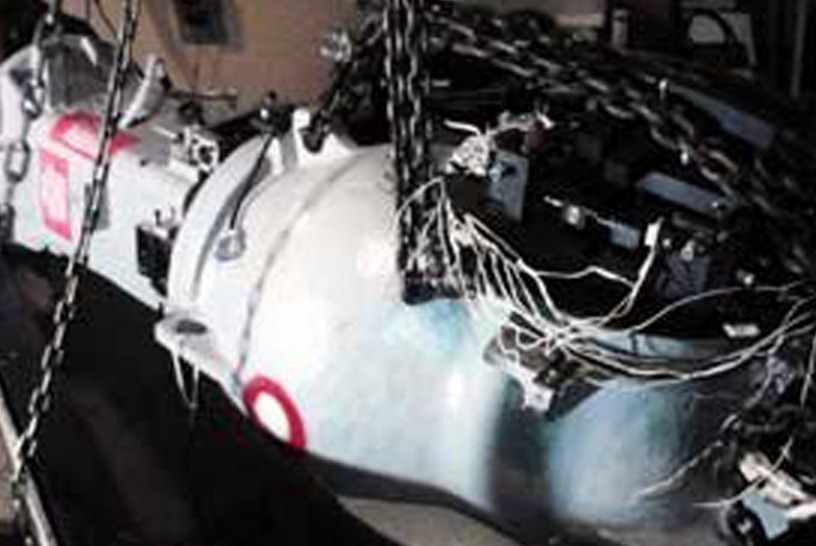 Pity the thieves in Mexico who stole a truck that happened to contain a small amount of radioactive material, because according to Juan Eibenschutz, head of Mexico’s National Commission on Nuclear Safety and Safeguards, the two unlucky thieves who exposed themselves to the radioactivity are either dead or should prepare themselves for death.  Meanwhile, the family who discovered the container in which the material had been confined and then took it home are now in the hospital under observation.

The truck was stolen as its drivers slept at a gas station north of Mexico City in the parked vehicle.  Two gunmen assaulted them and stole the truck, which had been transporting a great deal of a radioactive substance called cobalt-60, which in the form of pellets is used to treat cancer patients with radiation therapy.  The cargo was being transported from a Tijuana hospital to a nuclear waste storage facility.  Police believe that the two armed thieves did not recognize the nature of the load carried on the truck and surely did not realize that exposure to it could prove fatal.

Given the fact that highly active cobalt-60 can also be utilized to make dirty bombs, the theft of the truck caused worldwide consternation.  Mexico, with a strong history of narcotics trafficking and gang activity, would be one of the worst places to misplace a truck full of such material.

It is thought that as the search for the truck intensified on Wednesday, the thieves, who likely realized that they could be preparing to die due to the cargo, left the truck abandoned north of Mexico City.  It appears as though they removed the secure lead box which contained the highly active cobalt-60, but left it in a field about a half mile away without its protective covering.  Authorities believe that they would have been burned by the radiation upon opening the container.

The now-hospitalized family found the container in an empty lot and believed it to be valuable scrap metal which could be sold.  Once they had reached their home with the box, they realized what its purpose was and called police.  Some members of the family have been released from the hospital, while those that remain are being examined.

The Mexican army and police have roped off the site where the radioactive material was found as well as the home to which the material was taken while they plan on the safest method of gathering the material.

The International Atomic Energy Agency, which is a part of the United Nations, estimates that exposure to the material from a couple of minutes to an hour would most likely prove fatal.  They also reassured residents of the area in which the material was found that  the cobalt-60 did not appear to be compromised or in pieces and that the area showed no signs of contamination.

Mexico’s history of handling radioactive material proves to be poor, as a number of instances occurred during the 1980s and 1990s where hazardous material found its way to junkyards or was used in construction.  The nuclear waste dumping ground to which the truck was headed before being stolen is in the midst of several residential areas and reports of health problems among those residents have been common for years.  The thieves who stole the truck in Mexico are no doubt experiencing their own health problems and if they have kept abreast of the news of their caper, they should be prepared to die from the radioactive material they just happened to steal along with the truck.