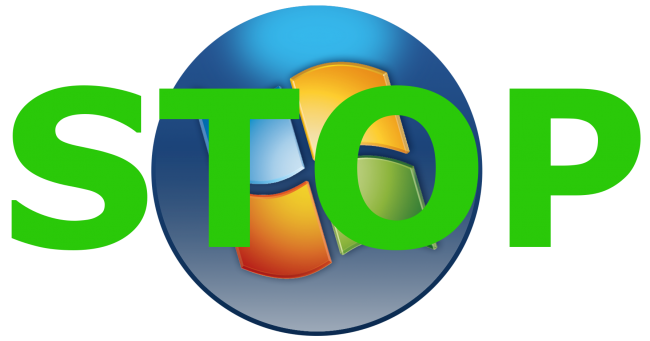 Experts say that Microsoft Windows 8.2 is headed for a new old Start menu. In the very recent past, Microsoft released future word of project Threshold due in the spring of 2015. Those that haven’t heard about project Threshold, it’s Microsoft uniting their core group of engineers to work as “one.”  The word was all Threshold being a “One Windows” core vision and a few versions thrown over-top like a bag over the head.

According to Mary Joe Foley from ZDNet, the “one Windows” is just exactly that, one core, multiple versions. Well a lot can change in the next year and a half, but Foley’s sources say that there are 3 different versions: the Modern, Traditional and the Enterprise.

The Modern version is said to focus toward the WinRT apps. The “RT” portion is not to be confused with WinRT (Windows Run Time), but rather it’s referring to the heart and appley-core of Windows 8.x. WinRT would receive its updates via the Googely Windows store, and be updated as frequently as an Android.

The Traditional version would be crafted to the PC/desktop and “ta-da” the PC arises once again. Project Threshold will then hook a full 180 and take a big leap backwards to the “desktop.” For those that don’t know, the desktop was used in ancient times, when a young Bill Gates plugged something called a “keyboard” and “mouse” into a Mac.

The experts are thinking the Start Menu will be exhumed in version 8.2 . Which apparently means that project Threshold is capable of zombie risings of old interfaces and teleporting Microsoft engineers forward into the past. How many years back is currently not known. What is known is that workers across American will no longer have to stay 10 minutes after work trying to figure out how to shut their computer down. Pulling the plug will no longer be the office’s favorite method-of-choice when rebooting.

Folley’s contacts also said that Traditional will also offer support for Win32 apps. This will be particularly handy since that Threshold did teleport its engineers into past, so they might as well keep busy writing new old code. If a user really did like the Modern version, they can switch from Traditional and continue to pull the plug to reboot. This will leave the choice conveniently in the hands of the user. A double bonus is that every IT tech in America will be kept busy by replacing all the power cords that has been yanked from the wall one too many times. Ultimately this tells people that everyone loves “Job’s” creation in the tech-sector, even Microsoft.

It’s been implied that Microsoft will send out updates for Traditional via their non-traditional, Windows Store.  Users of the newest versions are expected to cause a huge rise in Facebook, Twitter and other social media traffic, as they brag that they just got the latest version to all their friends and followers.

Microsoft’s Enterprise version may just be their corporate version or volume license. This version is will likely be on the snobbier side as it slams the door shut and stays away from frequent sneaky little stalker updates from the Windows Store. To be more specific, these are the same updates that the phone, tablet, and phablet users crave.

Enterprise may also have some additional capabilities to offer only for the benefit of a business or corporation. Offices across the World should be able to integrate Enterprise edition into point-of-sale terminals, kiosks and other tools coupled to the corporate environment. Ultimately this will add more things that will require rebooting within a standard 8-hour work day, keeping the IT guy from falling asleep in the wiring closet, again.

It all comes down to Microsoft finally listening to the masses and caving-in to public pressure. They’ve finally decide to provide a new old Start Menu, while project Threshold will take Windows ahead into the past. So what can be confusing about any of that?