NSA Considers Amnesty for Snowden If He Stops Leaks 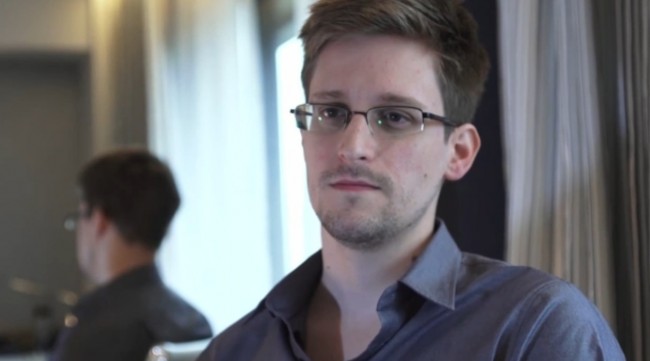 Remember back in the day when there was chit-chat about the government doing mass surveillance, unwarranted wiretaps, illegal data mining, and all that other good stuff? For years the masses were denying it, claiming folks to say otherwise to be “tinfoilers” (a term used on the internet for conspiracy theorists), then with a sudden stroke of luck these “tinfoilers” were rendered correct by folk hero Edward Snowden. To that end, the ramblings didn’t end there — in conspiracy forums accused Snowden of being a government front man — releasing not so sensitive information (information that was already out there) to cover up whatever political mess was going on back in June. Now the NSA considers an amnesty for Edward Snowden if he stops leaking the documents.

A quick recap of the people’s Robin Hood, Snowden. Edward Snowden, contractor for the NSA stole thousands upon thousands of government documents fleeing to Hong Kong, where then he released a documents to reputable news sources, exposing the government’s shady activites. For months after the leak, the USA was urging nations not grant asylum to Mr. Snowden, threatening and pressuring anything that was even thinking about it.

Today in a sudden turn of events, the NSA (yes the same NSA that has been hunting Snowdwn) has been considering amnesty for the 30 year old former contractor. CBS is reporting that the director of the NSA and an unnamed government official who is in charge of the witch-hunt for Mr. Snowden claims that they are considering a deal. Now the deal isn’t so cut and dry. It’s not as easy as stopping the leaking of documents and come home; it’s stop releasing documents, secure all of the further documents then we will talk a deal. According to a Reuters report from a few months ago — there could be as many as 200,000 classified documents floating out there. That’s an awful lot of secrets, and an awful lot to round up — if he even wants to take the deal.

NSA Director Gen. Keith Alexander has admitted that the NSA’s amnesty offer is not unanimous, and in his opinion people needed to be held accountable for their actions. Alexander says that the NSA just doesn’t want another person doing the same thing and running off to Hong Kong and Moscow with more data to think they could strike the same deal.

A few things to keep in mind; so far it’s only the opinion of the minority to give Snowden the deal. The NSA doesn’t want to send a message to fellow contractors & employees that someone can steal from the government, expose their shady dwellings and just come home when a deal is reached.

Seeing as this is all just talk at the moment, perhaps even a plan by the NSA to consider offering him amnesty if he stopped the leaks. Maybe they just want to make Edward Snowden think that the hunt is over and he is safe to just roam the streets, as we know the government only lets us know what they think we should know — or this is completely legitimate, either way we will have to play it by ear.