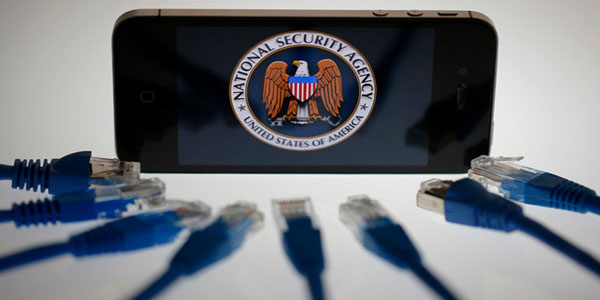 The NSA targeted and hacked into Apple iPhones through their program called DROPOUT JEEP, according to security researcher Jacob Applebaum and Der Spiegel. NSA’s elite hacking unit, TAO, responsible for targeting corporate networks among other things, can even install malware and spyware on smartphones and other devices in the process of their being shipped to customers. Apple denies any complicity in the NSA hacking activities.

Apple iPhones are not the only telecommunications products that the NSA has hacked into, they are just the latest mentioned in the ongoing investigations into the extent that the NSA has conducted such information-collecting activities. The NSA can, and has, also hacked into BlackBerry devices and Android phones as well.

What sort of data has the NSA accessed through hacking into Apple iPhones?

Through the DROPOUT JEEP program, the NSA and their malware has full access to your Apple iPhones. The NSA can, and has, hacked into and collected such information as voicemail, contact lists, text messages, files, and geolocation history, and they can also access and use the iPhone’s microphone and camera.

According to Applebaum speaking at the Chaos Communication Conference in Hamburg, Germany, referring to a leaked NSA document from 2008, the NSA stated that they had a 100 percent success rate in installing malware on Apple iPhones. At that time, the NSA reportedly didn’t have the capability to install its malware remotely, but they had already began project DROPOUT JEEP, just a year after the launch of the iPhone.

Did Apple cooperate with the NSA and their DROPOUT JEEP program?

Jacob Applebaum is one of many people critical of the NSA’s DROPOUT JEEP hacking program who have raised the question of if Apple cooperated with the NSA in their hacking activities, and also at what point Apple became aware of the program. He has stated that he hopes “Apple will clarify that.”

On Tuesday, Apple issued a statement denying that they ever worked with the NSA “to create a backdoor in any of our products, including iPhone.” According to the statement, Apple has “been unaware of this alleged NSA program targeting our products,” and the company cares  “deeply  about our customers’ privacy and security.”

What’s more, Apple Inc., in their statement, refers to the NSA and anyone else who tries to break through their security as “malicious hackers,” and they state that they will continue to make sure that their customers are defended “from security attacks, regardless of who’s behind them.”

Apple, with their statement, becomes the latest tech giant to deny any involvement with the hacking activities of the NSA. Google and Cisco are two other tech giants who have denied any complicity with the NSA or knowledge that their products were being targeted by the NSA.

It is unknown if this recent report by Der Spiegel  about the NSA hacking program DROPOUT JEEP will have any  implications related to Apple’s deal to sell its iPhones via China Mobile’s telecommunications network. However, the news that Apple iPhones are vulnerable to being hacked by U.S. government agencies will likely not be a major selling point to China Mobile’s 700 million customers.