Paris Hilton Brother Beaten up, Claims Lindsay Lohan Was Behind It 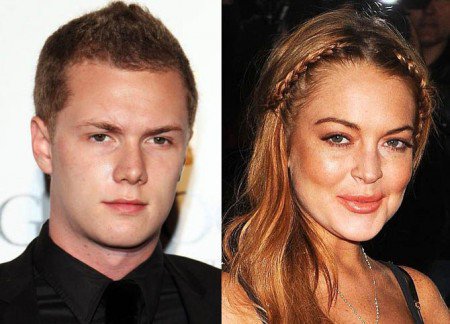 The younger brother of Paris Hilton, Barron, was beaten up and he is claiming Lindsay Lohan was behind it. The horrible attack on the male Hilton happened in Miami on Friday evening.

He suffered the vicious attack while he was attending a party in Florida and the younger Hilton, age 24, explained the actress did not have any kind words to say to him while he had being beaten. Instead, he feels that he was beaten by the unknown assailant because of the instructions she gave the other male.

Hilton said that Lohan allegedly screamed at him that if he talked bad about her to her boyfriend, then getting beaten was his punishment. Supposedly a male friend of hers ensued to punch Hilton, while Lohan allegedly laughed and continued to encourage him. Hilton claims this continued as he was repeated struck by the other individual.

Lindsey denies been present at the party when the attack occurred, however footage has meanwhile materialized which shows her and Barron confronting one another, as Lohan was getting into a black SUV.

The attack was so fierce on Hilton that he had to seek medical attention at the University of Miami because of all the numerous injuries he received. He had to placed into the hospital because his injuries was so severe. Barron allegedly feels this could have happened because Lohan hates his sister Paris so much and she was seeking revenge against her and so Lohan went after him to do it to get Paris back.

Lindsay Lohan and Paris Hilton have always had an extremely rocky history of an on and off again type of friendship.

None of Lohan’s representatives were giving any kind comments for Lindsay.

In 2006, Hilton made news because she was filmed while laughing as her at-the-time Brandon Davis made fun of Lohan and where the actress was supposed to have been living.

Numerous witnesses, who were at the party on Friday night, reported that many in attendance indulged in both cocaine and also alcohol, but they stated they did not see Lohan partake in any of either one. So no one was laying the blame on either drugs or alcohol for what happened with the horrible attack.

The local police were called to the scene of the crime and interviewed Barron Hilton. He was unable to identify his attacker but he reportedly told the authorities that Lindsay Lohan was behind the whole attack. Hilton explained to them that Lohan had been egging on the attacker.

Michael Lohan, Lindsay’s dad, stated that his daughter had been long gone from the party before the fight even began and was not involved with it.

Hilton ended up posting a photograph of his injuries on his Instagram page. It shows numerous cuts on his nose and entire face.

Paris Hilton also made headlines once when she commented on how poor Lohan had become. She stated that Lindsay must have become very poor because she was living in a motel, and how disgusting it was. No one mentioned if the hotel was a Hilton or not.

Regardless, the older Hilton sibling have gotten her brother beaten up because of her words, and also with an alleged thanks to Lindsay Lohan herself.