By Michael Smith on December 2, 2013Comments Off on Paul Walker and Roger Rodas Death: Combination of Blown Tire and Speed? (UPDATE) 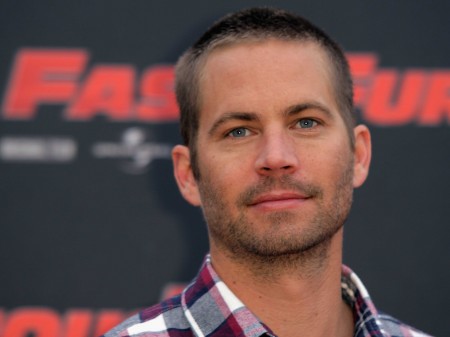 (UPDATE) Paul Walker and Roger Rodas Death: Combination of Blown Tire and Speed? – It has been pointed out on Paul Walker’s official Facebook page that his daughter Meadow was not at the event on Saturday, November 30 when Paul tragically died. a post on the page states:

The author of this story wishes to apologise for the inclusion of Meadow Rain Walker in this account of events on the day that Paul and his good friend Roger Rodas died in the horrific one-car crash. The Las Vegas Guardian Express tries to present the news as truthfully as possible and regrets any upset that this misinformation may have caused Paul Walker’s friends and family.

While law enforcement official continue to investigate the details behind the crash that resulted in the death of Paul Walker and Roger Rodas it looks like the possible combination of a blown tire and speed could have been responsible for the one car accident. The 40 year-old star from the Fast & Furious franchise was riding as a passenger in the Porsche Carrera GT. Rodas was driving the red sports car on November 30 when it went out of control and smashed into a light post and a tree where it exploded and burst into flames.

Both men were killed in the crash and police have been trying to figure out exactly what happened. Various theories have been broached and dismissed in the search for what happened last Saturday. Police that have been looking into the crash thought at one point that Rodas and Walker were in a drag race when the driver lost control of the car. The “drag-race” theory was ruled out along with the assumption that Rodas had been “doing donuts” with the V-10, 610-hp engine Porsche. 38 year-old Rodas was a former race car driver and partner with Walker in a car business.

On the day of the accident, both men got into the vehicle and Rodas drove off. They were gone for around 20 minutes and were returning to Walker’s Reach Out Worldwide charity event when the car crashed. The accident happened near the event and one witness, car enthusiast Jim Torp, said that he heard a “blast” in the distance just before the car hit the light pole. Torp believes that the car blew a tire which caused it to spin out of control. With the police estimating that the Porsche was moving at around 45 miles per hour as it approached the curve – posted as 15 MPH – it appears the combination of a blown tire and speed caused Roger Rodas’ and Paul Walker’s deaths.

Always Evolving, the auto dealership and racing services business that Rodas owned, which is based in Santa Clarita and where the Porsche was stored reported that the car crash could have been caused by a power steering fluid leak. Sources said that evidence was found that suggested Rodas lost control of the vehicle because of this. Other sources from the company claimed that the GT was notoriously difficult to handle and that this could have contributed to the accident.

The mechanical failure theory was based on the fluid evidence and the skid marks that were at the scene of the accident. Law enforcement officials later declared that the marks on the road came from another vehicle with smaller tires and not from the Porsche.

The horrific nature of the crash, with its explosive climax, occurred just outside the grounds of the Charity event in Valencia, Santa Clarita, California. It has been reported that Rodas’ eight year-old son jumped “over a fence” and tried to get to his father as the car burned. Walker’s best friend also attempted to get Paul out of the burning vehicle.

Witnesses described how people rushed to the flaming car and “used up” fire extinguishers trying to put the fire out. Other sources have said that 15 year-old Meadow Walker, who had been attending the organised charity event with her father, was shielded from the horrific accident.

Jim Torp is, so far, the only witness who heard the “blast” just prior to the crash. While investigators are ruling out drag racing and high speed as a factor, the cause of the one car accident is still being looked into. If what Torp has said is true the tragic death of Paul Walker and Roger Rodas could be down to a blown tire and speed; a tragic combination that took two men’s lives on November 30, 2013 in California.