Paul Walker: Arrest Made in Theft of T-roof from Wrecked Porsche 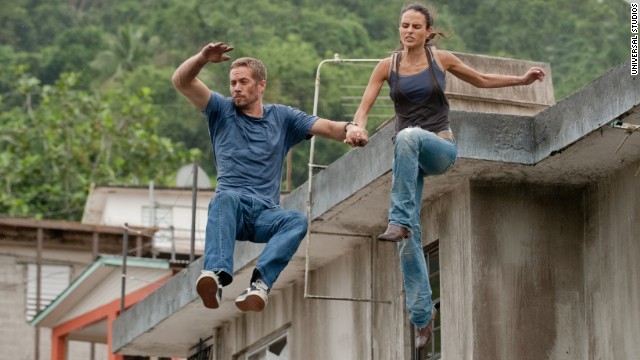 On Thursday, a male teenager, Jameson Witty, 18, was arrested on suspicion of stealing a part of the wreck of the 2005 red Porsche Carrera GT which Paul Walker died in. Walker, one of the stars of The Fast & The Furious film franchise, perished in the Porsche when it crashed, along with the driver of the car, Paul Walker’s friend Roger Rodas. According to police, a second suspect in the case was soon going to turn himself in.

Los Angeles County sheriff’s officials stated that the theft of the wreckage happened last Saturday night. The Porsche was being towed from the accident scene when the alleged theft took place. According to a statement from the Sheriff’s Department, Witty is being held and bail has been set at $20,000. The second man involved, a 25-year-old male, was making arrangements to surrender to the police.

The tow truck was hauling away the wrecked Porsche, according to witnesses, when they saw a car driving behind the truck. The Witnesses said that they saw a man at a stoplight at E/B Newhall Ranch Road get out of the car that was following the tow truck. The man then took a part of the Porsche, got back in his car, and left the scene.

The tow truck driver then traveled to the Santa Clarita Valley Sheriff’s Station and informed them about what had happened.

The part of the Porsche that the man allegedly stole was the vehicle’s red T-top panel, according to police officials. Detectives tracked down the two suspects to a residence in Canyon Country, which is located north of Los Angeles. There, the detectives found the red T-top panel from the crashed Porsche that Paul Walker and Roger Rodas died in.

The arresting detectives are consulting with prosecutors about what to charge Witty with. Two of the charges will likely be tampering with evidence and grand theft.

Paul Walker was on break from production of The Fast & The Furious 7 for the Thanksgiving holiday weekend when he was killed in the Porsche crash on Saturday afternoon. The vehicle hit a light pole and then a tree before it burst into fire. The cause of the crash is still under investigation by investigators from the sheriff’s department.

When the red T-top was stolen from the back of the tow truck, it had been heading to a police impound area where investigators plan to find out the reason for the Porsche to have gone out of control and wreck. The investigation into why the Porsche wreck will include thoroughly checking the Porsche out to see if the wreck was caused by any sort of mechanical issues with the vehicle.

The findings of the investigation will be very important to Paul Walker’s family, both to help give them a sense of closure, and also to potentially be used by Walker’s family in a multi-million dollar lawsuit against the company which makes Porsche autos.

The Porsche Carrera GT models have been involved in similar accidents, which has led to speculation that some problem with the car might have led to Paul Walker’s tragic death.

One arrest has already been made in the theft of a part from the Porsche, and a second arrest is imminent. If the Porsche company is eventually found to be at fault for causing the untimely deaths of Paul Walker and Roger Rodas, the compensation that Walker’s family might demand could amount to millions of dollars, based on Walker’s potential earnings if he hadn’t died in the crash.