By Mike Hogan on December 5, 2013Comments Off on Paul Walker: Death, Mourning and Media 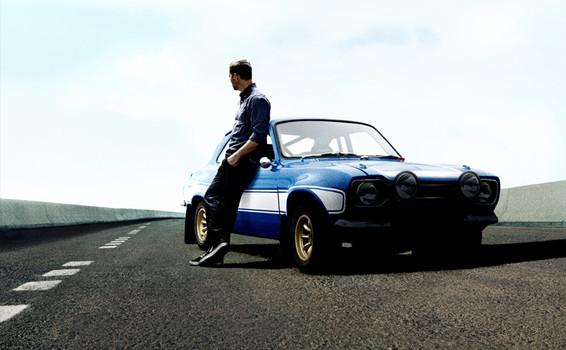 Paul Walker died this week, and once again the public struggles with the injustice and existential unfairness of untimely death. He was young in age, appearance, energy, and spirit; his death is particularly tragic because the young are supposed to grow old. After all, at the very least, can’t people ask the Universe that they be allowed to grow old? In more instances than one might care to ponder, the answer seems to be “No.”

The pantheon of deceased heroes is rife with young men and women who never reached the age of fifty, frozen forever in their perpetual youth as called forth by memory, photos, stories, and tales. Enter the Grand Hall and look upon them: John Kennedy, Martin Luther King, Robert Kennedy, Princess Diana,  John Lennon, not to mention the greats of years gone by: Mozart, Keats, Shelley, Byron, Chopin, Caravaggio, Raphael, and others. They are remembered with that mixture of grief and awe that the audience, their public, reserves for demi-gods made worthy by their accomplishments and their visions. They are remembered with the sting of the unavoidable and observable fact of man’s mortality. A person’s born, a person lives, and a person dies. Simple, but profound, because life is bestowed upon yet-to-be-conceived, yet-to-be-born, freely without any overriding imperative that it be so.

There is no dominant reason for any person’s existence, other than those reasons, infinite in number, that come to mind once a person is conceived, born and enters this material world. People are the visible effect or result of some first cause over which people have no control and, concerning which, people will debate to the end of time their respective sense of assurance as to whether or not that first cause even exists. In any event, prior to birth, after birth and after life, humans have no control over the powers that call them into existence and usher them out of this existence. Smokers get run over by cars, Emperors die in their fifties and, despite what some might argue, suicides manifest an absolute and all too tragic loss of control.

This existential stuff  is a tough point of view. It allows for no margins or drift, no hiding away, no ostrich-thing. It does not provide a little door or escape hatch on the side of the cubicle where one can slip away to avoid not death (anecdotal evidence tends to argue that the event is easier than expectation), but the relentlessly observable fact of mortality.

The untimely and tragic death of Paul Walker brings it all home again, because of his celebrity, because of the bond his audience felt with his onscreen character and, therefore, to the man, himself;  because of his accomplishments, and because of the testimony of those who knew him well and speak now of his generosity and kindness. Vin Diesel said that heaven’s got a new angel. In this the media allows us to witness how others mourn. The Fast and Furious movies resonate with the energy, audacity, boldness, and the beauty of youth. The movies and their star embodied everything that mocks death and that death mocks.

Death is rarely a welcome guest, though we tend to welcome it with less anxiety and screaming resistance in places like nursing homes and skilled care facilities and “Cocoon” reunions. The fact of life from which people run, but cannot hide, impels them, or perhaps invites them, to enter realms of ritual, myth and faith to accommodate the notion of finality in lives that are always eager for a sequel, another morning, another day,  another love, another chance, another movie, another opportunity to grasp the stuff and promise of being here now.

Wakes and funerals (or “fun-fer-alls,” as James Joyce called them) used to be family affairs where friends and neighbors would arrive with platters of food and bottles of bonded whiskey to comfort the bodies of those left behind, to comfort their souls with apologies (“So sorry for your loss”), not so much for the death of the one laid out in the casket, but for the fact of death, itself. In effect, the apology: “Sorry for your loss,” is shorthand for the longer, more profound statement: “I’m sorry that we’re human and mortal, and, because of that fact, which is to say because of our very nature, the essence of who and what we are, we too are subject to death as it has taken your loved one, as it will someday take you and as it will someday take me, too.” Drink up, Shriners! Sorry for your loss, indeed.

In accord with the “Life sucks and then you die” school of mourning, mortality and its consequences are no better than a cruel joke played on objects in an experiment – or, perhaps worse, objects adrift without even the cruel hand of some Lab Technician in the sky. (“Between no god and a cruel god, I’ll take a cruel god.” Anonymous). However, there are other schools of thought. For believers, and this writer is one, a person’s faith is intimately tied to the fact that one is mortality. As faith tends to span one’s wings of hope, one’s spirit, soul, imagination, move to a place beyond this place – a place of great promise where every tear will be wiped away, where every wrong will be righted, where every defect will be cured, where the sum and substance of the air to be breathed will be nothing less than pure light and unconditional love. Such flights of the spirit demand ritual to invoke the celestial scene and the hope for one’s final residence and eternal life among angels, in the presence that First Cause, referenced above, the one St. Thomas Aquinas called God.

The rituals underlying wakes, funerals and burials (one hesitates to say “disposal,” even as burial becomes the less preferred means) are legion. They’ve multiplied their various ways and processes from the time when men were hunter-gatherers to the present day white collar-blue collar-pink collar warriors of the cities, suburbs and parishes. Different cultures grieve in different ways. A Chinese wake bears little resemblance to an Irish wake and Irish wakes bear little resemblance to sitting shiva, though all are fashioned to provide a means for the orderly (again, depending on just how many bonded bottles are tapped at the Irish thing) expression and release of strong emotions in a manner consistent with that culture’s proscriptions. (In the 1950’s, altar boys serving funerals could tell you the nationality of the deceased by the way the mourners mourned – from Northern European reticence to Mediterranean vocals – all just to say goodbye, or all just to say goodbye until we meet again.)

But, now there’s something new in the mix. Modern media, social media, has turned the once intimate nature of wakes and funerals into rituals with the participation of millions around the world.  The deceased is “known” to the mourners in a “virtual sense” – known through and by the same media that then acts as the funeral home for the gathering of millions. It started with JFK’s funeral when the television became a virtual town hall, the place where  individual families gathered and still shared the same experience with countless others. Members of the audience no longer needed to be in proximity to one another. The only thing that mattered was that the object of their attention was the same for all. Since the 1990’s and the rise and rise of social media, the world wide web, with its countless opportunities for introduction, greetings, familiarity. acquaintance and friendship, is changing the way people live. And, in one of its particulars, it is changing the way people mourn. Again, a person in New York can mourn Paul Walker’s death in the same manner as a person in Los Angeles. The only requirement is that the object of their attention, and the manner of conveying the object of their shared attention be the same. Social media now completes that circle. When mourners in Sri Lanka cry and when mourners in Los Angeles cry, the only thing that differentiates their tears are time zones.

Paul Walker died this week and his death touched this writer, not because he was known to this writer as a neighbor or a friend, but because the power of the media and its virtual communities was sufficient to draw together those who were otherwise unknown to one another. This writer knew Paul Walker in the same way he knew Paul Newman, John Lennon and George Harrison – virtually, but well. As the matrix expands, the connections multiply and soon, within the all-consuming umbrella of the all inclusive web, all will be known to all, connected, hopefully for the good of all, to the tune of one degree of separation.