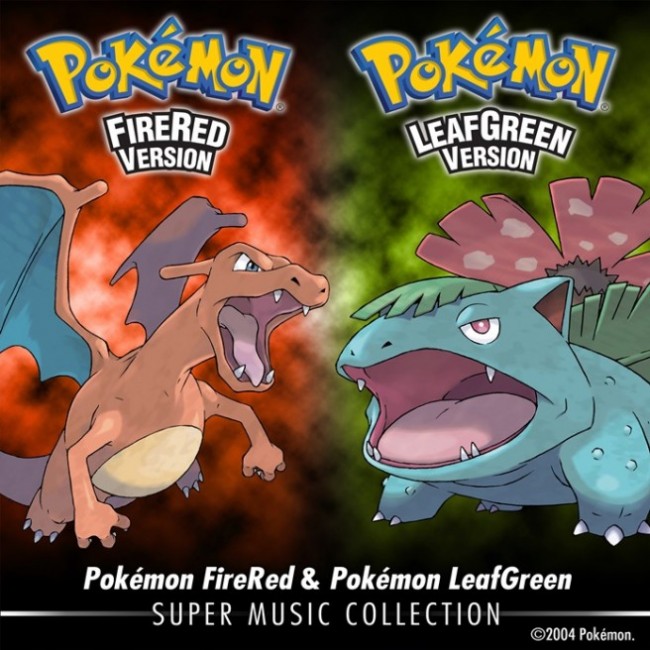 The December 10, 2013 release of the Pokémon FireRed & Pokémon LeafGreen soundtrack is indeed sweet music to many Pokémon fans’ ears.  While it was released in Japan on May 26, 2004, it wasn’t until now that American audiences could purchase the collection.

If you’ve never heard any of the Pokémon soundtracks, then you may not be sure what to expect.  Junichi Masuda, Gō Ichinose and Morikazu Aoki have adapted the catchy tunes from the games into beautiful orchestral versions that you will enjoy listening to again and again.  As just one example, the hauntingly beautiful Lavender Town Theme is even more captivating than ever.  This is truly a complete collection which will satisfy all lovers of Pokémon.

The time is clearly right for all of the Pokémon soundtracks to be released to the American public.  In addition to the newly-released Pokémon FireRed and LeafGreen soundtracks, a Pokémon X and Y soundtrack including 200 tracks was released last month.  Not only that, there are plans to release music collections from Black and White, Black and White 2, Diamond and Pearl, HeartGold and SoulSilver and Ruby Sapphire, all in 2014.

Unlike the most recent game releases, when the now-iconic FireRed and LeafGreen versions of the game came out, they went through a staggered release.   Japan first received the games on January 29, 2004; followed by North America on September 9, 2004; Australia on September 23, 2004 and Europe on October 1, 2004.

These games, which were set in the Kanto region, were, of course, remakes of the original Pocket Monsters Red and Green games.  So, not unexpectedly, they featured all of the same characters, plot elements and challenges as their predecessors.  They did, however, have some important upgrades to bring them up to the same level as other Generation III games.

One innovation which came with the purchase of FireRed and LeafGreen was the inclusion of the Game Boy Advance Wireless Adapter, which allowed players to do trades without the need for link cables.

Out of all the games for the Game Boy Advance, FireRed and LeafGreen were quite popular, becoming the best-selling games, second only to Pokémon Ruby and Sapphire.  They also received Nintendo’s Player’s Choice award.

Now that the soundtrack for this popular duo of games is out, it is sure to be a hit with long-time Pokémon fans.

The full collection of 90 tracks – over two hours of music – is currently on sale in the iTunes store for $11.99.   Among the tracks are many that you would expect, such as the Pallet Town Theme, wild pokémon music, Jigglypuff’s Song, Lavender Town Theme, Team Rocket’s hideout and the final rival battle, just to name a few.  While individual favorites can also be downloaded for 99 cents each, if you have several tunes that you enjoy, buying the full album is obviously going to be your best deal.

Another Adventure in Audio! – The Pokemon Company

Soundtrack for Pokémon FireRed and LeafGreen Released on iTunes – nintendolife