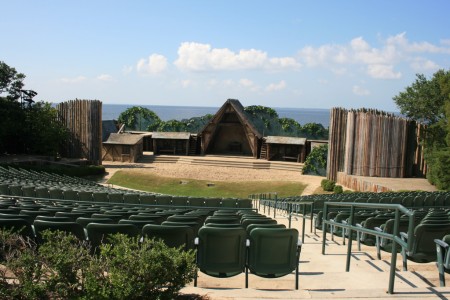 Has the Roanoke colony mystery finally been solved? It has been one of the biggest mysteries that has existed in America from the 16th century. The colonists mysteriously disappeared way back then, only leaving two clues behind. These were the words “Croatoan” and “Cro”, which were two words carved into a nearby tree and a fort’s gatepost, respectively.

Conspiracy theories have been trying to figure out what happened back in 1590, even just three years after the event occurred, but nothing has been proven, that is until now. With high-tech advances and the detection of a cover-up on an early map, researchers have found fresh clues that might finally help bring an end to the mystery of what happened to America’s lost colony of Roanoke.

Researchers started re-investigating the strange disappearance after they observed two peculiar patches that were on an old forgotten map of the area named “La Virginea Pars”. It had been drawn up by the colony’s governor John White. Investigators in Durham, N.C., thought the squares could be hiding something important. So the map was then examined by scientists at the British Museum. They, in turn, found a small red-and-blue symbol.

It is believed that parts of Sir Walter Raleigh’s survey of North America was a secret, and the map ‘cover-up’ was an effort to hide data from the general public and also foreign representatives, stated Eric Klingelhofer, who is an historian and works at Mercer University in Macon, GA.

Many historians think that the mark might have been the location of a secret fort in which the settlers escaped to. They could have been running from disease or violence. It is thought that this would have been the only way any of them could have survived. There was no village or Indian tribe that could have taken them in with there being over a hundred or so of them.

The current belief is that colonists went south to Hatteras Island, which was then called Croatoan Island. They also could have gone west to the Chowan River where they may have met up with a friendly Indian tribe.

Once the researchers found what they believed were the secrets of the “La Virginea Pars” map, they visited the area and took along both magnetometers and ground-penetrating radars.

They took the oldest maps they could find so they were able to get a historic feel of what was there then to what was present now and put the two together, explained research assistant Malcolm LeCompte.

He compared similarities between the ancient map and the present geography. The researchers and LeCompte discovered a previously unknown pattern which possibly indicated that numerous wooden structures had been built there.

He stated that he did not know if the structures were a group or just one very large building.

The simple presence of the concealed construction shows that there was some sort of colonial existence in the region. However, while this new information has given archaeologists a stronger view as to what could have happened with Roanoke, there are still numerous pieces to the puzzle that need to be discovered.

It remains to be seen if the Roanoke colony mystery finally has been solved.