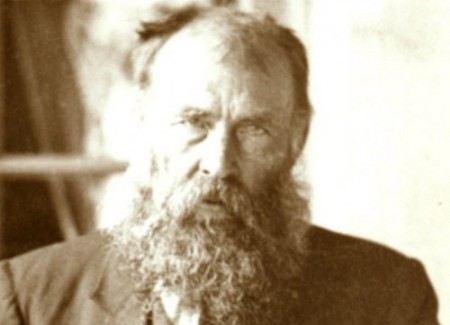 Siener van Rensburg, a Boere farmer born in 1864 became well known for his religious prophecies and his success rate was so great that he became a military advisor. He also predicted apocalyptic events that would happen years after his death. The seer became entwined with the late Nelson Mandela and his visions were used by one group to plot an assassination. Van Rensburg died in 1926 and the Afrikaner cattle herder belonged to a religious sect that specialized in “visions.” “Siener” became the nickname and title of the man christened Nicolaas Pieter Johannes Janse van Rensburg.

The name Siener meant seer or soothsayer and apart from this titular recognition for the accuracy of his predictive visions, Rensburg was also referred to as “Oom Niklaas.” The title “Oom” means uncle in English and is a sign or title of respect by Afrikaners. Oom was meant to denote age or wisdom.

Although it has been written that the people of South Africa, and presumably the rest of the world, had not known of Rensburg’s predictions prior to 1996, it is not true. Certainly there were no commercial books on the man until 1995, but, military historical papers published in 1971 not only references Rensburg it refers to notes that had been made in 1899 and the early 1900s in military journals.

Siener was a Boere, a smaller section or offshoot of Boers. Both groups were made up of farmers who, under the auspices of the mass immigration and subsequent exploration/domination of South Africa, made up the members of the Voortrekkers or Dutch pioneers. Their fight to “take over” the country and defeat the Zulu tribes can be seen in a majestic museum called the Voortrekker Monument and it is outside Pretoria, South Africa.

Moving through the museum/monument, the story of the fight for South Africa and its ultimate battle for domination which culminated at Blood River is a moving one. The viewer gets a feel for the bloodshed and violence that wrested a country from its indigenous population.

It also parallels the great march across America of pioneers who were moved to fulfil their role in Manifest Destiny. They overcame every peopled obstacle in their path. In the instance of South Africa, it was the Zulu and other various tribes who were defeated instead of the Native Americans who were massacred and displaced in their own country, but the principles are the same.

Siener van Rensburg and his fellow Boeres were all “blessed” with the ability to have visions. It was allegedly a common occurrence, perhaps on par with some Christian sects speaking in “tongues,” but Oom Nicolaas had a better success rate than his visionary brethren. He also stood out from his fellow Afrikaners. This standing out in a crowd had nothing to do with height, however.

He was of “short stature,” but, his appearance was singularly different enough to make the “seer” immediately identifiable. Rensburg has been described as long-haired and possessing a bushy beard, but these things were not what made him stand out either; it was his eyes. Described as deeply penetrating and sad, it was said that with a look alone he could inspire fear.

It was this longhaired, bearded man with a penetrating gaze who was the confidante of Boer commanders in the Anglo-Boer War. His visions of the outcomes of battles were proven correct repeatedly and he was highly respected, despite the fact that he never carried a gun or fired a shot in battle. The Boere prophet has been called the South African Nostradamus because of his religious styled prophecies which dealt not only with South African events, but, worldwide incidents as well.

His appearance in the few pictures that can be found on the internet, show a man who could almost have been the Russian Rasputin’s brother. Rasputin also had long hair; a beard; and “penetrating eyes.” The Russian mystic was also a religious zealot who had the ear of, if not the Czar, the Czar’s wife who persuaded her husband to listen when Rasputin talked.

Siener van Rensburg was thrust onto the world’s stage in 2002 when a plot to murder Nelson Mandela by the Boeremag – which means Farmer Force in English – was foiled by the government. When the men behind the assassination plot had their lair invaded by officials, apart from large amounts of munitions; bomb making equipment and commercial explosives, they also found a lot of publications about the prophecies of religious profit. Since that time, Rensburg’s name has been intertwined with that of Mandela’s and become a sort of media myth.

The proclamation that no one had ever heard of Rensburg before 1996 was made because no mainstream books were available on the man until 1995. Author Adriaan Snyman wrote a book on Rensburg and his prophecies, it was titled Seer Van Rensburg: Messenger of God. It was presumably this bit of literature that the Boeremag organization used as the basis for their “rebellion” against the government.

Curious individuals who would like to read Snyman’s account and the prophecies of Rensburg should be blessed with the ability to read Afrikaans and have a comfortable bank account. Copies of the book can be purchased via Amazon.com for around $150; not including postage and packaging. There is another book about the soothsayer called, appropriately enough, Words of a Prophet — Siener Van Rensburg by the same author; a “collectible” copy of the book sells for over $200.

While Siener was proven correct for a lot of “world” prophecies, it was his South African visions that turned him into a legend with the Afrikaners of the time. His predictions were delivered in an “Old Testament” rhetoric based on dreams or visions that he had the night before. Among his “international” visions were his predictions that England would lose all her colonies and the death of Lady Diana.

Not surprisingly a lot of the Boere’s visions had to do with the English. At the time he made the majority of his prophetic statements, South Africa Boers were at war with England, he did predict the devastation caused by the English military’s “scorched earth policy” and their eventual surrender. He also predicted the outcomes of certain battles and the death of General Koos de la Rey.

While the military papers recount the visions of the little farmer and the enormous amount of respect that was paid to him, there were also those who doubted his ability even then. Followers of Rensburg believe that he predicted the death of Nelson Mandela in the early 1900s, Siener died in 1926, although he did have the date wrong as events proved. He also predicted a third world war that should have taken place in 2006, but again, that did not happen either.

Rensburg believers discount these particular predictions and have instead focussed on the “night of long knives;” aka “The Night of Johannesburg” or “Bartholomew Night.” The Boermag books found by government officials told of Rensburg’s vision of a “glass coffin” surrounded by “thousands and thousands” of mourners for period of seven days. On the day the, the occupant of the coffin is buried, fire will spread from the grave. This will happen on the eighth day and the flames will be unstoppable. This conflagration will move across Johannesburg. After the burial and the flames, will be the massacre of 30,000 whites occupants of the South African city.

This event will signal the “rise” of the Boerevolk – Dutch farmers – and their retaking of the country. The reference to “Bartholomew Night” along with the number of dead appears to be connected to the massacre of 30 000 Protestants in Paris on St Bartholomew’s Day in 1572. This prediction of widespread violence and death that will happen after Nelson Mandela is buried is viewed with skepticism by some and believed by many. Other groups in South Africa have seemingly used the prediction as a “template” for justifying their own acts of violence.

It has been stated that after Mandela is buried, their will follow widespread violence and the murder of all blacks who are not South African. A sort of “ethnic” cleansing to push black immigrants from the country. Immigrants who are believed to be draining the country’s coffers dry; stealing jobs; and causing crime. After the non-South Africans are destroyed or run out, attentions will then move onto the white citizens of the country.

The Boermag who were arrested for their Nelson Mandela assassination attempt were trying to make the prediction come true. Now the humanitarian leader is dead with no help from an assassination team certain factions are preparing themselves for the apocalyptic events that were seen by Siener van Rensburg. There are reports of citizens stockpiling weapons, ammunition, food, and water. These believers in the prophecies are also fortifying their homes and planning escape routes.

This is nothing new, the same thing occurred in 2002 when the Boermag were stopped before they could kill Mandela. Although Siener van Rensburg was relatively unknown by those outside of the South African Boer population, the 2002 discovery on his predictions gave him new posthumous recognition.

The Nelson Mandela connection with Siener van Rensburg’s religious style prophecies, has taken on almost mythic proportions kept alive by some media publication and the internet. Incidents of violence against white Afrikaners appear with alarming regularity and this serves to feed the growing fear and concern of those who believe Rensburg’s predictions. Madiba will be laid to rest on Sunday December 15. It remains to be seen if Siener was right or not.

The Boere Nostradamus and Madiba’s blood