South Africa a Failing Democracy and a Case of Corruption 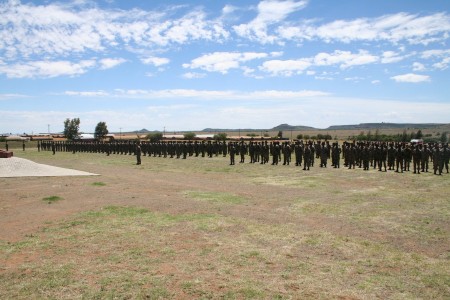 Several cases highlighting how corruption turns into wild and dangerous occurrences from the failing democracy of South Africa reveal the possible consequences of people wielding too much power.

The National Prosecuting Authority (NCA) is known to produce a felony against innocent people or companies. This is a procedure that this unit has approached when they are under pressure to cover up their wrongdoings of corruption or hide their outrageous behavior. It is a corrupt department, and the NCA are manipulating the laws to cover up incidents that they prefer to remain unknown.

This department is directly under the control of Jeff Radebe, the Minister of Justice. Radebe was an impimpi (a spy on the ANC) pre-1994 under the control of Special Forces before being promoted to this top rank. This is a renowned position and one that yields a lot of power. Several people who are under his direct control are Advocates Shaun Abrahams, Chris Macadam and Torie Pretorius. These three people are a part of the corruption and have since August 2012, been told to find a problem or create one, that will identify and terminate a decent, honest and law abiding company into obscurity.

These people have done underhanded deeds in the past and successfully destroyed companies and individuals in the process. This time there is a strong possibility they will not succeed. Two wrongs don’t make a right and honesty must prevail.

For over a year now, every situation linked to any government departments have taken on a win-all battle with a leading arms company, who are targeted in a nasty manner. This private company has secured and mandated various tenders and contracts to supply arms and ammunition to the South African Defense Force. The rationale for targeting this company is greed and corruption. This private company has documented proof of manipulation and underhanded tactics from government officials who are hell bent on closing its doors. They wish to close the company down, simply because the high level of ethics is not part of the government official’s manifesto of how business should be done. Even their payments have been withheld by Armscor when Abrahams and Company could not break them; SARS (Internal Revenue) was roped in, who according to the company is fabricating issues.

Whenever a minor situation arises, smoke signals gather in the aim of placing this company and its directors into an illegal condition in order for government officials to take action against the company.

After a year of not succeeding to implicate this company in any criminal activity, they have turned to other methods of trying to ruin the company. The NPA have ensured that any payments due to the company for service or goods supplied to any government agency remain unpaid. Thereby the NPA creates a query and issues instructions to delay payments in the aim of creating an unsafe work environment and eventually forcing the company to close its doors.

The NPA has issued instructions to turn on the heat and dissolve this arms company in any way necessary. The regular incidents are reported as a criminal offense in the hope of being able to arrest the directors.

Now after a year, the company and its directors has received another threat from the comrades directly under Radebe. The Special Forces are still manipulating Radebe, and it is their control that can cause havoc from trying to cover up corruption.

This private company, due to the high resolution of confidentiality toward the government departments, has been privy to highly classified information and is a direct threat to the many corrupt officials.

This is now a threat, and all threats need to be eliminated. To keep up the charade of being honest, it is difficult for dishonest people to look forward, they must look back, left and right, just in case someone recognizes a little evil lurking somewhere. Despite all these issues being raised with the SAPS (Police), despite cooperation from the SAPS, the issues are held to be above their mandate.

What a nightmare corruption is.